Loose has been one of our favourite labels since the beginning of time and their very own Courtney Marie Andrews won best female artist in the AUK end of year poll last year.  Last week shared the title track from her forthcoming new album with NPR and it’s a belter, quietly striking in its suggestion that kindness and compassion are what really make people wealthy: “The richest of people aren’t rich with houses, cars, or fame”.  Look out for a review of the full album next month on AUK.

The country-tinged “Exile Rag” is the delightful new single from Kyle Craft’s “Full Circle Nightmare”, his forthcoming second album available on 2nd February worldwide on Sub Pop.   While working on a farm in Northern California, Craft coined the term “Exile Rag” for the little tunes he’d pick out on the guitar while everyone slept. Back in Portland, he developed feelings for a woman that in the end weren’t reciprocated. He’d sit alone in the farm’s workroom, dreaming of his life back in the city and asking himself, “What if?” When he belts out the line “By the time that her doors closing, and you feel like you’re imposing on that brand new boyfriend she has, she’ll be rolling in new love and you’ll be singing on the Exile Rag,” the song’s feeling of unrequited love is captured perfectly.

Wes Youssi was raised on Patsy Cline and Jim Reeves, and he channels a classic country sound – High Time is jukebox in a lonesome diner country.  There’s a twang and a tale to be told, and despite the train-wreck tempo there’s also a few complaints Wes would like to raise with The Man.  Take it away Wes…

Band veterans – Battlefield, Solas, Capercaillie – and old mates for a quarter of a century this trio of talented musicians finally released a debut album at the back end of 2017.  Fresh from the Transatlantic Sessions tour they’ll be going straight back out on tour as a trio in February and March, including an appearance at the City Roots Festival in Cambridge.

What do you sound like like if you’re inspired by such artists as Tom Petty, John Mellencamp, and Bob Seger and were doused in gospel and country as you grew up?  And if you just happen to be Memphis-born and Mississippi-bred?  You sound like Matt Hectorne.

So, which one’s your favourite ?  Rob ?  Or is it Bob ?  Hah!  They’re the same person, and unsurprisingly they both share a love of jangly Anglo-Indy-Pop.  Someone’s been listening to XTC – Rob knows who I mean.  And so does Bob.  This song is from the upcoming album Torch Songs for Swingers.

Anastasia Minster went from Moscow to Toronto to be able to sit at her piano in front of window looking out over an open park and be inspired to compose her fragile and spectral songs.  On her album Hour of the Wolf she skirts around dark topics in a Stephanie Dosen like gothic semi-darkness – put another way she makes beautiful music which echoes long in the mind.

A track taken from the duo’s recent album Everybody Knows –  which sees them dragging in another contemporary in the form of Bob Dylan to provide words and music.  It’s a song Stills has recorded previously, but here it is with both artists. 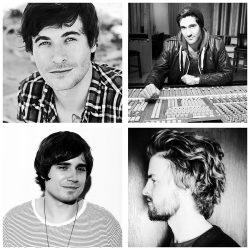 We’re premiering the rather fantastic new album from Nashville’s Eagle Johnson & Clean Machine this morning, the best artist called Eagle since Eye Cherry and a band who make “raw, left-of-center rock & roll” (we like all four bits of that).  Recorded in three days at East Nashville’s Bomb Shelter studio, the album is their full-length debut, a batch of guitar-driven songs about “loving, leaving, and living with intention.” END_OF_DOCUMENT_TOKEN_TO_BE_REPLACED

If you glance quickly at the title of this track you might think it’s called “Onion” which in our opinion would be better suited as it’s so lovely it’ll make you cry.  Dallas-based Americana group Pedigo’s Magic Pilsner recently shared their new single “Orion” at the Daily Country, who described the song as “all at once complex, ethereal, elegant, and substantive; provoking thought about the choices and situations in daily life, and accepting the fact you have to accept difficulties and carry on, perhaps even with a newfound sense of optimism.” Yeah, what they said. The band’s new self-titled debut LP is out March 2 via State Fair Records.