Literary Hub have been posting some great videos in their ‘Mighty SONG Writers’ series recently, and this week it’s the turn of sometime Old 97s’ frontman Rhett Miller who plays songs from the Great American Songbook including Johnny Cash, Carole King and Otis Redding (before ending with an Old 97’s classic, and why not?)  The series has been created to benefit Mighty Writers, a Philadelphia-based non-profit that teaches reading and writing to thousands of low-income and marginalized students every year, and earlier episodes are worth checking out too, featuring as they do Amanda Shires with Jason Isbell, Marcus Roberts, Jewel, Phil Augusta Jackson, Devon Gilfillian, and Valerie June.

This is a deeply affecting video from Leon Majcen.  It’s hard not to be moved by the way the video is cut through with documentary-like footage of Stanley Ellertson, whose life story shows how easily a life can unravel.  Stanley talks about The American Dream before saying: “It just didn’t work out that way,” in a narrative that will reflect many of the lives represented by the statistics at the end of the video.  And this is the same American Dream shared by all those walking past in the street. END_OF_DOCUMENT_TOKEN_TO_BE_REPLACED

Here is the fourth single from Diana DeMuth, taken from upcoming album ‘Misadventure’.  Most notable for a wonderful, uplifting chorus, ‘Into My Arms’ features Wesley Shultz of The Lumineers, with whom DeMuth should have been touring this year.  This song, like the rest of the album, was produced by Simone Felice and David Baron and the result is a striking, immediately-likeable sound. END_OF_DOCUMENT_TOKEN_TO_BE_REPLACED

Here is the last in the series of lockdown releases from Beans on Toast.  Filmed at The Clapham Grand, an independent venue facing possible closure, the video sees Beans on Toast perform in front of empty seats.  As we slowly come out of quarantine, Beans on Toast is one of many artists trying to find ways to make live music work.  Indeed, he recently made history by performing alongside Frank Turner and Ciara Haidar at the UK’s first indoor, independent gig since lockdown began at this very venue.  As is so often the case, Beans on Toast is able to articulate what many are thinking with the sentiment of this song.  Save the music.

The atmospheric video for ‘Hare Spell’ is the perfect accompaniment to this striking song.  It’s taken from her new album, ‘Wrackline’, which is out on 11th September.  This song follows Isobel Gowdie’s witch trial confessions from 1662 when she shared a spell to transform into a hare. It’s a compelling subject, matched by a mesmerising melody and rhythm. END_OF_DOCUMENT_TOKEN_TO_BE_REPLACED

Lovely vocal and guitar melodies and an upbeat vibe make the latest single from Christo Graham stand out.  It’s taken from the Canadian singer-songwriter’s new album, ‘Turnin”, due out on 6th November.  The album is a journey through Graham’s memories that was sparked when he took home a four-track tape recorder that belonged to his grandma, on which he found two recordings that she had made many years previously, singing four-part harmonies with herself.  This musical treasure proved to be an inspiration and Graham had recorded twelve new songs within a month.  END_OF_DOCUMENT_TOKEN_TO_BE_REPLACED

Last week in our ongoing chain of americana, Mark Underwood chose a song by Florida born Joshua Hedley whose most recent album ‘Mr. Jukebox’ was released on Jack White’s Third Man Records label earlier this year. It’s been an amazing label over the years, particularly for its breadth of output genre-wise (and if you are ever in Nashville, recording 3 minutes of anything and watching a machine spit vinyl out at you is something to behold). Somebody else who has previously had records released by Third Man is Birmingham, Alabama band Waxahatchee which was formed in 2010 by American singer-songwriter Katie Crutchfield. This year saw the release of their most acclaimed album to date ‘Saint Cloud’ which The Observer called the record of the year, although it was only February. ‘Can’t Do Much’ is one example of why they might be right.

We begin the week with an excellent video premiere from The Furious Seasons.  The video, directed by Alexander Thomas, captures the essence of the song, combining it with images of Los Angeles and highlighting the contrasts in the city, the good and the bad. ‘As a Matter of Fact’ is taken from the new album, ‘La Fonda’, released this summer.  It’s the seventh album from The Furious Seasons and their third as an acoustic trio, led by songwriter David Steinhart (guitars, vocals), who is accompanied by his brother, Jeff, on bass and keys, and Paul Nelson (guitars, Dobro, vocals). END_OF_DOCUMENT_TOKEN_TO_BE_REPLACED 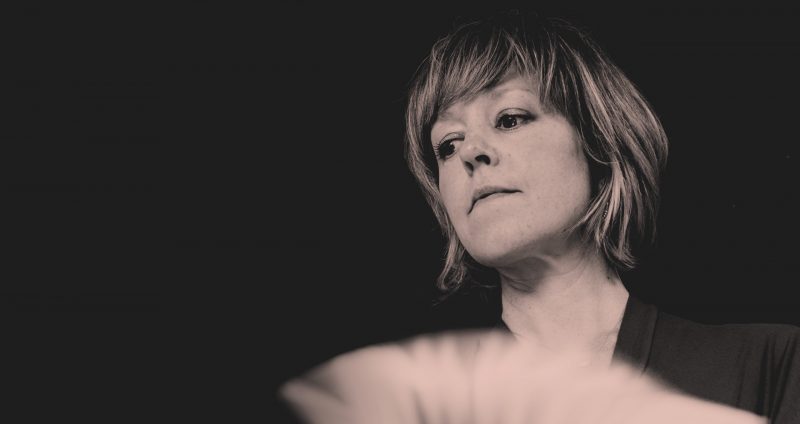 Emily Barker’s brand new album, ‘A Dark Murmuration of Words’, is released today 4th September on Thirty Tigers.  It’s the highly anticipated follow-up to the successful ‘Sweet Kind of Blue’, which helped her to land the UK Artist of the Year at the 2018 UK Americana Awards.  To coincide with the record’s release, here is her recent single, ‘Where Have the Sparrows Gone?’, which is accompanied by an excellent, thought-provoking video.  The song, a powerful piece of song-writing, places us in a post-apocalyptic, birdless version of London. END_OF_DOCUMENT_TOKEN_TO_BE_REPLACED

Juanita Stein’s vocal is dreamily beautiful on latest single ‘The Mavericks’.  The accompanying video features suitably lovely landscapes, as Stein explains: “We trekked up Castle Hill in the South Downs, to capture the setting sun for this homemade video. Majestic and serene. It was the perfect day for capturing ‘The Mavericks’.”  It’s from the new album, ‘Snapshot’, due out on 2nd October, which was recorded following the sudden death of Stein’s father in 2019. END_OF_DOCUMENT_TOKEN_TO_BE_REPLACED