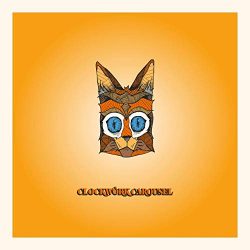 Who would have guessed it!  Americana is alive and well in the New Forest in the shape of Clockwork Carousel who have just released their self-titled debut album.  Normally at this stage – and certainly for a band that relatively few will have heard of – the humble reviewer has listened to the record a number of times, done some background reading and then gleaned all that he/she can from the press release blurb that almost invariably accompanies the music when it is submitted for review.

In this instance though, it is almost impossible to follow that tried and trusted approach.  While listening to the music multiple times was easy, not the least of which was because it’s very enjoyable (more on that later), Clockwork Carousel has no website, relying instead on a somewhat lightly populated Facebook presence as well as a few tracks on YouTube.  The PR blurb supplied by bass player and backing vocalist Matt Blakey also maintained the same minimalist theme.

On then to the music and rather good it is too.  Kicking off with ‘Lucy Ann’ which opens with an unexpectedly lush instrumental mix before picking up the tempo and setting the tone for the rest of the album.  ‘I Guess You Win’ is the second track and it hints at the chameleon like nature of ‘Clockwork Carousel’ where every track seems to bring to mind a different band or artist, but you can never quite pin down exactly who and that’s a credit to the band and impressive feat for a debut album

Highlights of the record include ‘Stop The Enquiry’, which is a perfect example of the big, multi-layered sound that Clockwork Carousel is capable of, the gentle ‘All of My Heart’ and the opening track ‘Lucy Ann’.

Formed in 2014, Clockwork Carousel is something of a collective with Martin Gregory on lead vocals, acoustic guitar and the occasional harmonica, supported by Matt Blakey on bass, Chris Buckby on drums, Steve Dyer on guitar and backing vocals and Garth (aka Ben) Finlay delivering on lap steel and mandolin while various other local musicians contribute to a musical melting pot of sound that ranges from affectionate love songs to muscular, rockier tunes.

This is a really good debut album from the musical cooperative that is Clockwork Carousel and it’s well worth seeking out and spending some time immersing yourself in the pleasurable, atmospheric moods they have crafted.