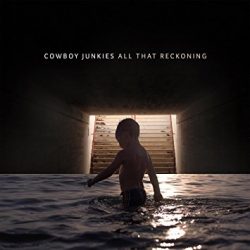 es will be known to many given that they have now been performing together for 33 years and were at the forefront of the Americana movement. It’s hard to keep count of the albums they’ve released as they have over 20 to their name, but this is the first studio release for a number of years. The 11 songs on show here break no new ground and are in the laid back and slightly melancholy style that the band are known for.

The album takes some getting into, but spare it the time and it rewards. Of particular note is “Shining Teeth,” a quality song about scratching below the surface to find the real person beneath and “The Possessed” which features little but guitar and lead vocalist Margo Timmins musing about finding the devil. There are two versions of the title track which explores a tumultuous relationship, one reflective and generally quiet whilst the other is brooding with intensity and electric guitar feedback. “The Things We Do To Each Other” is a reflection on humanity as a whole and very much a song of its time. A solid return from one of the genre’s defining bands.