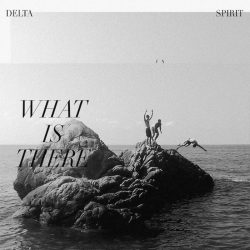 This is a bit of a surprise. Delta Spirit released their fourth album, ‘Into The Wide’, in 2014 to general critical acclaim and  some commercial success. Since then, vocalist and co-founder Matthew Logan Vasquez has released three solo albums and it was assumed Delta Spirit were no more, though they had not officially announced they had disbanded.  It is not clear why the band have re-activated their career, though their publicity states that they brought “..with them the change of perspective and inspiration gathered from exploring other creative avenues” following their variety of solo work.

Delta Spirit had epitomised the indie rock band with Americana and psychedelic flavourings and had managed to place some of their recordings on a wide-ranging number of TV shows and films, which gives a sense of their overall approach to sound. This time out they are keen to bring their rock’n’roll and guitar credentials to the fore, while still clinging to their americana and folk shadings. The refreshed sound on ‘What Is There’, was recorded at Sonic Ranch outside El Paso, Texas, and is self-produced with Tchad Blake, U2 and Black Keys, mixing and it has been picked up by record label New West. They have dedicated the album to their friend and inspiration, Richard Swift.

The album opens with the single ‘The Pressure’ which Vasquez explained is about living in “an unmanageable world, with unrealistic expectations of ourselves and each other”. It starts with discordant sounds before morphing into something more regular with a lovely beat.  Things quieten down for the piano lead ‘It Ain’t Easy’ with Vasquez’s high pitch vocals and a rousing chorus. ‘How About it’, with its country overtones, was released as a single and accompanied by a creative video made during COVID, which again reinforces the link between Delta Spirit’s music and film. Kelly Winnrich takes lead vocals for the first time on ‘Can You Ever Forgive Me’ which is a standard love song. ‘Better Now’ has echoes of many harmony groups with its high voices and reverb. Next up is ‘Home Again’ which was released as a single and blends with the previous track. The band must have thought the album needed an indie power ballad and ‘Lover’s Heart’ fits that bill to an absolute tee. The album finishes off with another standard love song, ‘Just The Same’ before it ends with  Vasquez reflecting on life in an acoustic setting on the title track ‘What Is There’.

Delta Spirit have rung some changes on ‘What Is There’ but I am not sure the changes equate to any real progress. 2014’s ‘Into The Wide’ was a career peak and, unfortunately, they don’t quite  scale such heights here. The band have clearly learnt lessons and developed skills, as this is a well-produced set of songs with lyrics that are relevant to the modern world. There are developments on this album and all the band members are jointly credited with composing the songs so it is not easy to identify individual contributions. The problem is that the album is too well-produced, too generically rock sounding, too ideally suited to soundtrack TV and films without distracting from the on-screen action. If you are a fan of Delta Spirit, while you may be disappointed with ‘What Is There’, there is much that you may still enjoy. If you are new to the band and haven’t heard ‘Into The Wide’, then give that a listen before ‘What Is There’.

The black and white cover is a good indicator of this well made, but ultimately disappointing, generic sounding comeback album

About Martin Johnson 87 Articles
I've been a music obsessive for more years than I care to admit to. Part of my enjoyment from music comes from discovering new sounds and artists while continuing to explore the roots of American 20th century music that has impacted the whole of world culture.