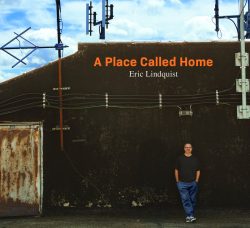 Eric Lindquist tells us that he grew up with a dream of making a good record, but it just took him a little bit longer than expected. What Eric has created is exactly that, a good record, and we should be glad at the fact he took his time in creating it. Hailing from a small town in Western NY, we get a slightly new perspective of an American growing up in a place that isn’t in Tennessee or Texas.

The album itself, despite only having 11 songs, is 51 minutes long, with the majority of songs clocking in at just over 4 minutes and 30 seconds. In fact it’s nearly as long as Taylor Swift’s most recent album which has 18 songs! The album fits the Americana mould of storytelling, and Eric is a great chronicler of tales from his childhood. He tells us that the record is inspired by the people and places that impacted him as a young person, and you can really hear that in the lyrics.

The album starts with the song ‘A Picture of the Way Things Are’, which is a great fun upbeat tune, but reveals both “the fondest memories and scars”. This ability to discuss both positive and negative aspects of his formative years shows how much time Eric has taken to think about his songwriting. His singing is a good match for his storytelling style, his voice on the verses being almost spoken word, yet as he gets to the chorus we see him more excited and breaking out into a strong vocal – something the listener craves more of.

The standout of the album is ‘Kala’, a love song simply telling us about how perfect this woman is for him. The track itself is a slow song, but it is possibly the one on which his vocal performance is the best, which is exactly what’s needed. It’s also got a very similar vibe to Tom Petty’s ‘Free Falling’, whilst ‘Raggedy Ann’ and ‘Franklin Street’ have a sound similar to that of Andrew Combs.

While Lindquist might need a few more songs in order to capture an audience for a live performance, for a debut album this shows real promise for the future.