The Felice Brothers will release a limited edition 7-inch vinyl recording of “Country Ham” on 9th December  via Yep Roc Records. The holiday-themed single features a live version of  “Murder By Mistletoe” – recorded for Rolling Stone last year in NYC – on the B-side. Both tracks have never before been pressed on vinyl and pre-order is available now through The Felice Brothers and Yep Roc stores.  “It’s a narrative about feeling lonely on Christmas, and the different emotions that can go with the holidays that aren’t always talked about in the happy-go-lucky songs.”  Ian Felice says.

The artwork for “Country Ham” is a nod to the band’s hometown, which features an original painting by Ian titled Palenville in the Snow.  And here it is.. 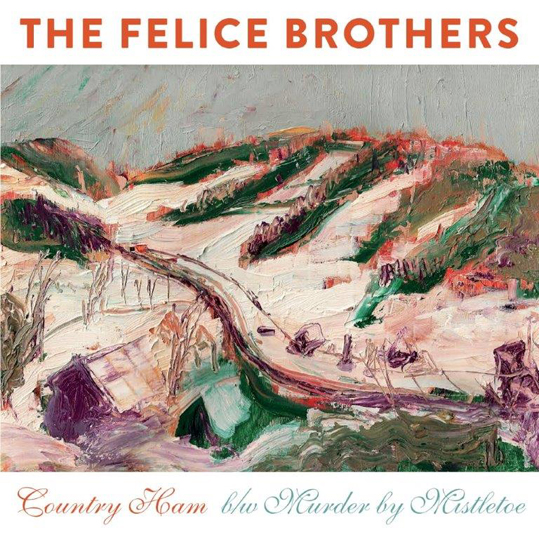 The band’s Life In The Dark 2017 European tour will include headline shows in Ireland, the UK, Belgium, Germany and more.  UK and Ireland dates below: