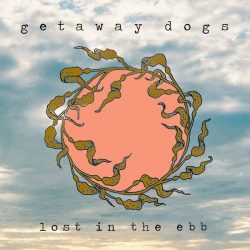 It’s long been my dream to christen a genre, even a niche sub-genre would do and this record with its mix of Brazilian rhythms, folk and RnB gives me my opportunity – this is Tropicana. If only the juice purveyors hadn’t got their first, Tropicana would have definitely caught on. This music has less of a chance of gaining a foothold; it’s a pale version of everything, a perfectly pleasant anodyne sound, where nothing distinctive comes of the cross-pollination. Someone has watered down the juice.

It sounds like a hipster café full of distressed furniture, original industrial features and artisan coffee, the elements in and of themselves unobjectionable but putting them together seems trite and though each is individual there’s still a sense of underlying conformity that negates any ideas. I’ve not written much about the music because it is way more interesting as a concept than in application – it’s a tasteful blur, unhurried and unforced and it doesn’t help that there’s no brevity. At over 14 tracks it really begins to drag. It’s too often, too languid, ‘Still Lost’ being a good example; dissolving into a vapour of disinterest, it’s like the worst of post-rock, noodling without a purpose.