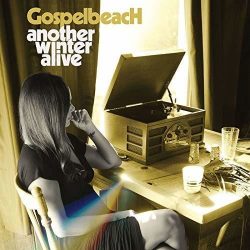 GospelbeacH were formed in 2014 by vocalist and guitarist Brent Rademaker ex of Beachwood Sparks amongst others and comprise a group of experienced and well-travelled musicians. As may be expected from a group of people who have a lifetime of experience in the industry the music on show here is of top quality with the band having already released two high-quality albums. Anyone who has come across those records will certainly love this one although it doesn’t have the rounded feel of an album put together on its own for the good reason that the five studio tracks on show are previously unreleased songs from earlier sessions, with the remaining five being live versions of songs to be found on their ‘Pacific Surf Line’ album.

The studio tracks comprise the first five and the opener ‘Freeway To The Canyon,’ a Neal Casal song is full of California vibe which will make you feel like you are cruising down the highway in an open top convertible. This is followed by ‘Down South’ which proceeds in the same sunny mood, referring to the skies being so blue down south with a catchy riff which will have you humming along from almost first listen. It also features a clever ragtime piano and some harmonies redolent of the Beach Boys. The mood changes a little with ‘Runnin’ Blind’ a more rock-orientated track with driving guitar and a nice change of tempo which gives it a wider dimension. ‘Change Of Heart’ has a bouncy feel with more than a passing resemblance to Fleetwood Mac and ‘Dreamin’’ is just that – a dreamy love song.

All these tracks are superb and it’s a shame the rest of the album is not in the same vein as the live tracks which are effectively delivered acoustically are good but conjure a very different mood. On the plus side it demonstrates an entirely different side to the band. In any event this is all good stuff and a welcome tonic to the winter.

A welcome dose of California dreaming