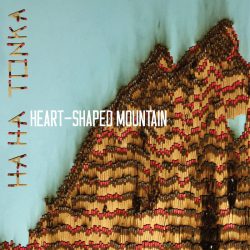 In which HHT continue to expand their brand of indie-Americana, sometimes resulting in excursions into areas that maybe should remain off limits. Mostly though they find a sweet spot where they find surging choruses that scream for a crossover hit and retain enough authenticity to not alienate a substantial part of their audience. So sensibly they kick-off with Race To The Bottom not so much driven by guitars but kicked and jabbed with a cattle-prod, with a chorus that you can sing along to on first listen (see below). They sound like the Kings of Leon without the disadvantage of the constipated vocals. There’s not a great deal of originality but they tackle everything gamely with huge enthusiasm and the proximity to Tom Petty I hear on Everything is easily shrugged away.

The misstep is Land Beyond, which tries to instil some Madchester into Americana. It’s more Soupdragons than Stone Roses. All With You has a chorus that is so huge that it is bound to soundtrack an epiphanous Hollywood moment soon. More organically stretching is Going That Way which builds ever upwards, through the foothills on electric piano before cresting a ridge and bringing out the guitars and on towards the clouds where a glorious sunburst of vocals and instrumentation is unleashed. Height Of My Fears moves into the territory the Arcade Fire have vacated and even threatening to become Big Country, which is quite apt as the song is redolent of wide open spaces, as are most of the songs – they are widescreen mini epics.

The roots are never forgotten and they return to them. Arkansas, is a sing-a-long paean to Outlaw Country, with organ and guitars fighting for supremacy as the song skewers a certain brand of Americana. The closing Telluride rides further into the heart of Americana reinforcing their credentials. It’s a cannily sequenced record, starting and ending squarely in Americana and leaning more toward pop and experimentation in the middle. It’s punchy and even brash at times; they’re itching to move things forward whilst keeping hold of their roots. The balance they strike isn’t quite perfect but it’s a damn good record.