We’re big fans of HGM here at AUK so this is a nice little treat to see the month out. Paste report: “Taking a cue from the Grateful Dead’s legendary Dick’s Picks series, Hiss Golden Messenger are launching their own collection of live recordings. Affectionately dubbed “Parker’s Picks” after Warren Parker who joined the band on their fall tour of the U.S. to record the shows, the series kicked off today with the release of the band’s performance at The Parish in Austin on Oct. 18.

Describing the genesis of the series, Parker explains in an email:

There really wasn’t any reason not to record, if anything the tapes were going to serve as a reference for the band. Archival recordings to document the various lineups on different tours. But the HGM live experience is totally different than the HGM we hear on their records, and the shows on this tour were really something special, so why not share that with everyone?

The band’s leader and mastermind, MC Taylor, has occasionally shared fan tapings of shows, but this marks the first official live release for Hiss Golden Messenger and the band are allowing fans to download the show for free, or pay what they want, via their Bandcamp page. “Giving it away for free just seemed right, especially for the first in the series. A nice kickdown to the fans,” says Parker.

You can download the album here, and see the artwork and tracklist for Parker’s Pick Vol. 1 below, along with a mini-essay penned by Parker in which he describes what made the Austin show stand out. Also, revisit Hiss Golden Messenger’s Paste Studio session, which they recorded when they came through NYC later on that same tour. 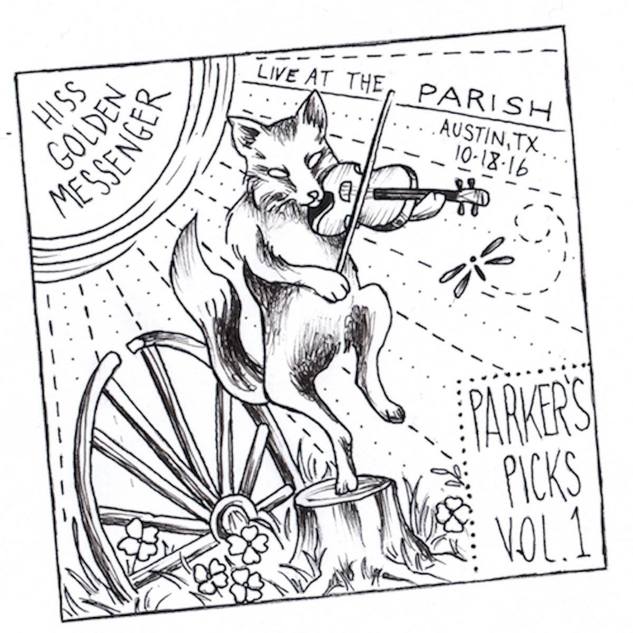