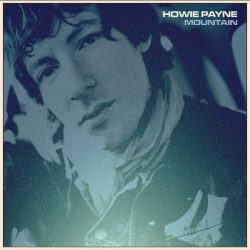 This album was recorded in just four days with a band that had never played together before and most of the songs were done live in a couple of takes; given that genesis, the record sounds remarkable with subtleties that you’d only expect from painful rehearsal and painstaking planning. As ever, Payne’s songs are tightly constructed. It’s hard to pick them apart as everything slots together so seamlessly. They aren’t overly ambitious and they stick to a quite narrow genre but they do exhibit differences in texture, tempo and melody, which keeps everything fresh. He works in the borderlands between folk, country and rock with a spattering of gentle psych thrown in, at his most folkish on After Tonight a gentle troubadour with an acoustic guitar and a gentle touch.

The Brightest Star is more upbeat with a swell of a chorus that hits like a high tide smashing into the sea wall, with a shower of piano notes for decoration. Slower and aching is Holding On, which plays in the same sandpit as Ryan Adams, but doesn’t steal any of his toys. There’s a gentleness of touch about Payne, he never sounds aggressive, the music always sounds inclusive and welcoming. All Of These Things has a series of notes in the background that spiral up like sparks from a bonfire and a warm glow that makes you want to move nearer to it. Thoughts On Thoughts sounds a bit like Spain; with the flickering acoustic guitar and the clicking percussion, it takes me to Andalucía. Evangeline (Los Angeles) on the other hand takes me to Jay Bennett era Wilco, the gentle simmering before Jim O’Rourke took them into uncharted waters.

More than most, Payne has a likeable quality that pervades his songs and suffuses everything with a bonhomie. I can understand how he could get excellent performances in such a short time.

Recorded quickly, to be savoured on listening