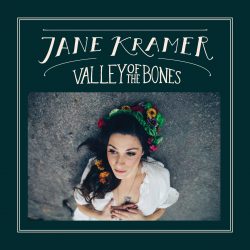 Jane Kramer is a social worker, former domestic violence counsellor and avid humanitarian. Visiting prisons, classrooms, hospitals and rescue missions she has a message to share about the power of music for healing, connection and compassion. On the evidence of this, Kramer’s third studio album, it is a passion for which she is perfectly suited.

For a singer-songwriter, Kramer has presented the holy trinity of brilliant and affecting songwriting, divine vocals that crackle with emotion and high class backing and accompaniment. That the result is a beautifully produced album that is a joy to listen to perhaps shouldn’t be a surprise when Kramer cites Mary Gauthier as her musical mentor.

Maybe because it was put together in Asheville, North Carolina, 300 miles away from the influence of the Nashville conveyor belt of bland, poppy country music or maybe just because Kramer is simply a wonderful talent but this is proper, grown-up country. Whatever the tempo of the song, the accompaniment is always subtle and understated, bringing an atmospheric warmth to the overall sound. Aside from the lush country twang of Kramer the key players are Billy Cardine on dobro, Nicky Sanders on fiddle and the cello of Franklin Keel.

They are the fuel on which this musical motor feeds. For the subtlety of the strings hear ‘Child’, a haunting ballad dealing with the aftermath of miscarriage given the lightest of touches and the melancholy the lyrics demand.  For dobro and strings doing their thing together in a polar opposite of a haunting ballad there is ‘Raise You Mine’, a song in the great tradition of cleverly humorous country music “It was right there in the parking lot, between Bojangles and the pawn and gun shop, we started kissing and we haven’t stopped for 23 miserable years.”

On an album full of memorable songs, the mid-tempo title track ‘Valley of The Bones’ brings that aforementioned holy trinity together to great effect but it is on the quieter, simpler tracks that Kramer shines brightest. When the strings and gentle acoustic guitar of the closing track ‘Wedding Vows’ fade away to nothing that wonderfully emotive voice fills the silent void for what seems like an age afterwards.

In the depths of another grey and dispiriting English winter, and that’s without even factoring in the bloody politics, Jane Kramer has delivered a musical gift to savor.