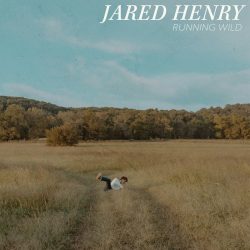 ‘Running Wild’ is the debut album from Arkansas singer-songwriter Jared Henry – a collection of sun-soaked mellow acoustic jams, which evoke Jack Johnson at his most breezy. The result is a record which fails to inspire. Running at almost an hour, it is an overly-long set of mediocre melodies with little substance, in a style which has already been done to death.

The meandering balladry of the title track sums the record up perfectly as Henry seems reluctant to push any musical boundaries and instead sticks with familiar mediocrity. His vocal is delivered in the same airy manner throughout, aside from on ‘Lay It On Me’ where he pushes himself out of his laid-back comfort zone. Backing vocals with the intention of providing depth are peppered throughout, but almost seem copied and pasted such is their similarity whenever they are used.

Only on ‘Oak East’ does Henry offer something different song structure-wise, where a change in pace during the track’s closing minute provide the first properly interesting moment on the record. Henry delivers his best Bob Dylan impression on the harmonica-led ‘And So I’ll Roam’, before ending on a damp squib with ‘Worn In Dreams’.

The fact that ‘Running Wild’ has been written by someone native to the landlocked state of Arkansas is surprising, with the songs and production more suited to the beaches of California. On his debut record, Henry has shown little in the way of originality and instead is little more than bland surf shop muzak.