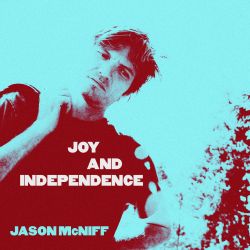 While never under-appreciated by those in the know, Londoner Jason McNiff’s folksy Americana has never quite garnered him the commercial success that it deserved. Since the mid-Nineties he’s released five consistently fine albums and played many equally fine gigs. Maybe his sixth outing will do the trick. It certainly deserves to as its eleven tracks are classic McNiff: fine guitar playing, insightful lyrics and an air of understated class.

The title track tells of the titular couple’s road trip across Europe and its consequences in a very John Prine-style while elsewhere McNiff’s Dylan influences vocally and lyrically are as evident as ever. There appears to be a strong auto-biographical thread running through the album on tracks like ‘there are no (Ordinary Days)’ and ‘Dream Of A Highway’, although one would hope that the drink-fuelled regrets of ‘Been a Bad Day’ are conjured from his imagination.

McNiff has described the album as ‘a homage to the golden age of the coffee house troubadour’ and it does bear more than a passing stylistic resemblance to the early work of the likes of Al Stewart and also Jackson C Frank’s brief burning. But in the end it is yet another fine Jason McNiff album and while there may have been those in the past to whom he nods there’s few if any in the present either doing what he does or doing it anything like as well. Another triumph.