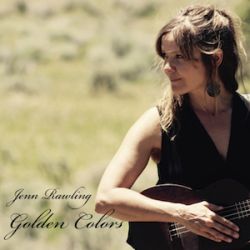 It’s impossible to listen to the new album from Portland, Oregon singer-songwriter Jenn Rawling without being reminded, and forcefully too, of the Be Good Tanyas. Rawlings slow dreamy indie-folk, breathy vocals and minimalist accompaniment is a ringer for the Tanya’s first album. There’s also something of Po Girl going on, no doubt aided by the presence of band member Awna Teixara. Not that there’s anything wrong with that as both of those outfits produced some great music.This album, while not quite reaching those heights, is a very enjoyable listen although a trifle one-paced. It covers the usual range of love and loss, as well as the odd bit of subdued social comment. Recorded at a friend’s house and co-produced by Rawlings, it has that backwoods DIY intimate feel to it that’s deeply alluring. While it doesn’t really stand out from the pack and is perhaps a little too polite for its own good it will undoubtedly find a deserved place in the collections of indie-folk fans everywhere.