We’ve got news of a new movie coming out next month which you’ll probably want to put on your “to do” list along with verruca plasters and noodles. With a UK release of April 12th, ‘Wild Rose’ is a Cinderella story with the City of Nashville itself representing the prince. Jessie Buckley plays Rose-Lynn Harlen, a “Glasgow ne’er-do-well with talent, a dream and a ‘three chords and the truth’ tattoo.” She’s supported by an impressive cast including Julie Walters and Sophie Okonedo. 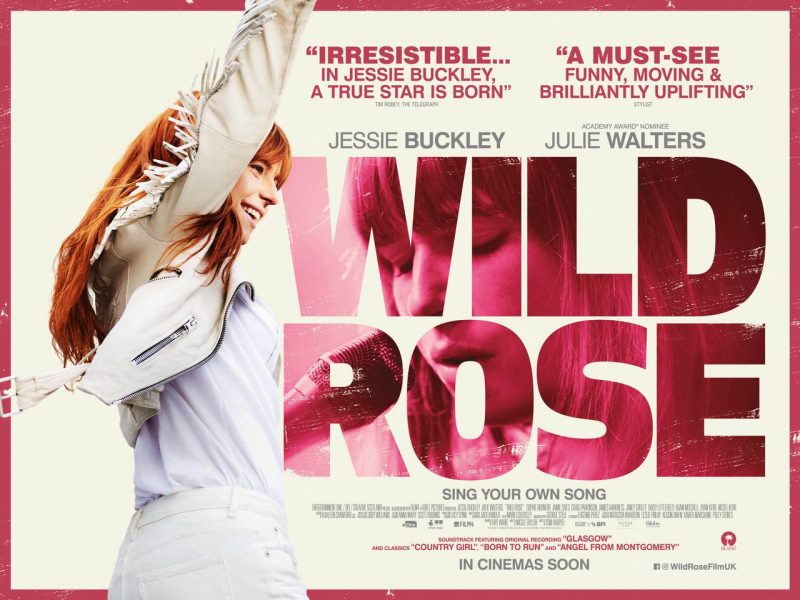 Buckley has had rave review for her role where she’s been described as “completely owning the screen with her charisma and stunning singing.” The love of music soaks this movie, and when it’s not Buckley singing, it’s a pedal steel soundtrack for poignancy. With cameos from Bob Harris, Ashley McBryde and Kacey Musgraves, we think it’s a must see. Look out for a review soon on AUK.