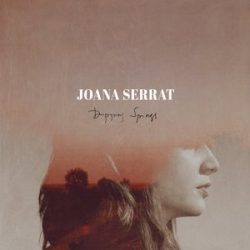 This is one of those records that sounds so lush and wonderful that you think that listening to it on repeat would begin to erode its charms. Well, take it from me: repeated listens only serve to reinforce those first impressions. It’s an album of songs that billow, that drift, but which have thundercracks to keep them on track. I swooned on first listen and I’m swooning still. It starts with ‘Western Cold Wind’ which starts like many country rock songs; the first marker of the quality that comes are the vocals which are like walking into a warm room from the freezing cold, the burbles of organ percolating nicely before a shower of pedal steel arrives – and if that wasn’t enough – here come the guitars splintering into the cosmos. She sounds like an alliance of Mazzy Star and Slowdive – now imagine that, and it gets better.

‘Lost Battles’ begins with the steel guitar and acoustic guitar and coalesces into a beautiful swell of a chorus; ‘Trapped In The Fog’ hurtles along more familiar country roads. ‘Unnamed’ starts with droplets of electric guitar dripping into a pool of acoustic guitar providing gossamer backing; the drums and bass arrive and the song simmers until it breaks out, falls back and then really takes off with a blend of steel and electric guitar that is as moreish as the first hit of crack. It’s the sort of thing I can happily get lost in but sadly the song last only six minutes, with the compensation that there’s more to come, much more.

‘Candles’ flickers for a few minutes before flames of guitar light it up. It’s not all long form drift – the poppy ‘Come Closer’ has other charms including a vocal that seduces, matched to a tune that has a honeyed core and at two and a half minutes it does what it needs to and finishes. The closer ‘Keep On Fallin’ is where everything does have a kind of narcoticised haze, the wispy whispery vocals; an ideal accompaniment to autumn leaves drifting slowly to the floor, it finds the perfect way to close the record with a joyous minute of swelling guitars and pedal steel. The only sensible thing to do is to press play and cycle through the whole thing again. It’s a joyous experience.