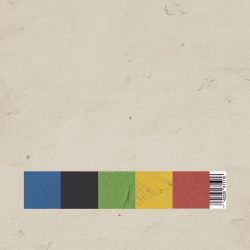 John Moreland’s ‘LP5’ is unsurprisingly his fifth LP and highlights the skills of a singer-songwriter who puts lyrics to the fore. Working with producer Matt Pence, who has previously worked with heavyweight Jason Isbell, the album shows off a man who is confident in what he is doing and performs songs that he clearly wants to sing.

The album covers everything, with new sounds a constant factor. ‘Harder Dreams’ starts the album and is just a chilled out guitar song about life and giving yourself harder dreams as you move through your life. But this is in stark contrast to the next song, which has a beautifully philosophical title: ‘A Thought is Just a Passing Train’. The song has a really jamming vibe with an altered fuzzy voice but it really works for the song. It is definitely one of the standouts of the album.

It is rare for an album today to have a song that is purely instrumental, but to have two is even more daring. ‘Two Stars’ is a brilliant piece of music, reminding me of a John Mayer and Frank Ocean song called ‘Wildfire’. The sound is great and has this jazzy sound whilst also having a great melodious guitar. This is completely different to the other instrumental song, ‘For Ichiro’, which plays with random little trills and piano keys, again showcasing Moreland’s versatility. Moreland tells us that ‘One of the ways I got back into liking music again was to let go of the idea that every time I’d go mess around with an instrument, I’d have to be writing a really good song. I just gave myself the freedom to go into my little music room every day and mess around with different instruments and different sounds. It doesn’t have to be anything. It doesn’t have to result in anything.’ These instrumental songs do feel like Moreland is just messing about, but it’s great that we get to hear them.

Moreland’s ‘When My Fever Breaks’ is a beautiful love song for his wife, one that took years to write and he tells us that he found it difficult to put down his form of love into a song and ‘Let Me Be Understood’ is reflective whilst also looking to the future. The song has a beautiful harmonica sound on it and again shows how varied Moreland’s ideas and songs are, creating a great album.

The album itself is brilliant and one of those records I feel I could listen to no matter how I’m feeling. It will make you want to go back and listen to other Moreland songs, and will make you sad that you haven’t listened to him yet.

You need John Moreland in your life