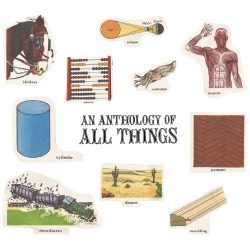 Most records we get have such a limited scope and ambition that we can at least attempt to encapsulate them within a few hundred words. This record is of such ludicrous sweep and ambition that I doubt I could ever even start to detail its borders. It contains a chamber orchestra, a soprano (Donna Lennard) and the Bedford Arts choir. It consists of eight movements with the lyrics constructed from short statements submitted by the local community. It appears to be both a logistical nightmare and one of those projects that seem worthy of approbation but are seldom enjoyed. If it were American I’d be talking about Charles Ives, John Adams, Saul Chaplin, Michael Daugherty and how it fits into Americana in its broader sense. I have fewer British reference points, possibly Benjamin Britten, then I’m at the limits of my knowledge.

Listening to this without knowing anything about it was a strange experience. It’s a disconcerting companion on a morning commute. Movement III – Childhood Heroes is powerful piece, driven forward with force and precision, then when you read the lyrics it all fragments of what children have written, all completely at odds with the grandiose performance and stranger still when you know that its He’s got a flying car, his clothes are red top and bottom and not something seeking profundity. There’s a poignancy to Movement IV – 1942 which is full of recollections from the war and it’s especially disconcerting to hear the line Coventry on fire as I glimpse the lights of the city on my journey home – there’s a real aching beauty to the melody, it soars and the choir are like a foaming wave of noise that never breaks.

Movement V – Park Benches uses the inscriptions for raw material; it’s here where Lennard takes a leading role whilst the orchestra is reduced to a few brushstrokes. There’s something intriguing about inflating personal statements from the everyday and inserting them into art, certainly the endearments from Movement VI – Romantic Statements create a type of cognitive dissonance as a massed choir backed by formal almost hymnal music intone corny chat-up lines and personal endearments. I wouldn’t want to try and unravel, I’m the emu, you are my Hull.  Movement VIII – Pilgrimage is a beautiful undulating sound, with the voices of the choir moving up and down, and the backing gaining a Michael Nymanesque sound as it seems to replicate the journeys in the lyrics by forging its own inevitable path.

This is one of the most singular sounding records that I’ve ever reviewed. It’s more akin to the work of Gavin Bryars than Ryan Adams, constructed from a high concept and yet it manages to pierce through and really connect. It’s compelling in a way that I’m not familiar with. I’m still trying to get to grips with it and that can only be a good thing.