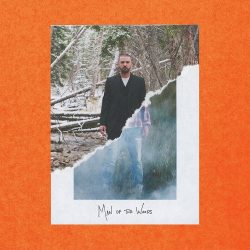 As Stereogum conclude with this article, let the hoedown begin! They report: “Many hands have been wrung about whether Justin Timberlake is going country on Man Of The Woods and what that means. The album’s initial trailer suggested that it would be an outright roots-music move or perhaps a folksy Bon Iver ripoff; other evidence accrued toward such conclusions includes a tour announcement promising to “bring the outside in”; a tracklist with such titles as “Flannel,” “Breeze Off The Pond,” and “Livin’ Off The Land”; and an interviewin which co-producer Danja said The 20//20 Experience’s country-rocker “Drink You Away” was a good reference point for the new LP. Yet lead single “Filthy” was a heavy-breathing future-funk oddity that didn’t seem to match up with any of the promo campaign’s aesthetic reference points.

A longer behind-the-scenes video has emerged this morning, and it further clarifies that “Filthy” was a feint and Timberlake is trying to pivot. In the video, he calls the album’s sound “modern Americana with 808s.” The description evokes memories of Bubba Sparxxx’s 2003 country-rap fusion project Deliverance, a cult-favorite project produced by Timberlake’s longtime collaborator Timbaland — so it’s surprising that despite Timbaland’s work on “Filthy,” the Neptunes are the main producers on Man Of The Woods. (Pharrell prominently features in this trailer, blabbering about how he’s never worked on a project like this because apparently he forgot his 2016 collaboration with Little Big Town.)

The footage opens with Timberlake singing an Auto-Tuned hook and then explaining the melody’s country lineage while stomping and clapping. He goes on to say Man Of The Woods mixes (wait for it) “those Southern guitars and that sound that feels like heritage” (hahahahaha) with “something modern.” He also wears a Grateful Dead T-shirt. Bask in authenticity below.”