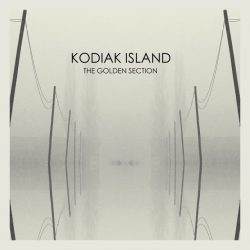 Despite a promising beginning, this latest record from Jo Bartlett (this time with a band in tow) quickly descends into little more than a genre exercise. The opener Frozen In Time and Remembered Days are both efficient and decent efforts with Bartlett’s voice being the beacon. By the time they get to Spanish Steps there’s little if anything to lift it above what you might hear at any folk club around the country on any given night. Yes there’s some curlicues of Spanish guitar that fleck the song with some sunshine but it’s pedestrian at best.

Then things get a little disconcerting. Take Me To Water gets dubby with the echoing diminishing ricochets of guitars and drums and it feel grafted on to a standard folk song; the skittering is out of place and the squelchy guitar solo doesn’t do anything to repair the damage. It’s like a bout cholera following a hurricane. Rowan and Rose and Counting Ships play more towards the strengths, with the acoustic guitar and voice holding centre stage, the songs serviceable and pleasant, the flush of flute along with the guitar redolent of Nick Drake.

Real Thing allows her voice to dominate and that’s the sensible thing to do – the bass rumbles in the background but leaves space for the chorus that blooms in a honeyed summer evening kind of a way. This time the guitars are joined by a piano to push the song towards a rightful climax. Second Around Time searches for something to distinguish itself, so we get itchy funk guitar and then some tropicalia and some brass. Somehow her voice gets a bit lost amongst all this musical foliage. The flute flutters like a hummingbird but the nectar is missing.

A strong voice let down by so so songwriting