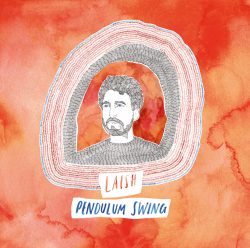 These songs are laced in equal measure with cynicism and charm – at his best Danny Green can produce songs that are lyrically and musically spot-on. ‘Vague’ is a world weary slightly melancholic exploration of ageing with an insidious tune that pushes its way into my affections. It’s a kind of post-millennial slacker-rock, Malkmus by way of Richard Ford.

I’m reminded of Steven James Adams’ solo records: smart, literate and tuneful. ‘Love on the Conditional’ is typical of this, the songs like conversations. Rather than being declarative they are exploratory, seeking to find an insight or a reason. Some songs barely raise themselves out of the armchair but others like ‘My Little Prince’ get up and dance around the room. More likely though they move at a pace in-between. The title track does just that, sounding in parts like a lot of bands from Melbourne at the moment, taking their cues from Flying Nun bands like the Clean and the Bats.

The rippling undulating piano, strings and electronics of ‘Rattling Around’ suggest another direction, perhaps upstairs to the bedroom. ‘Isolation’ is built from loops and electronics before the band arrives and the song bursts into life like a smaller scale more focused Mercury Rev. It’s a record that packs a lot in and contains enough variation to retain interest. If you’re waiting for a new East River Pipe record, this will tide you over.