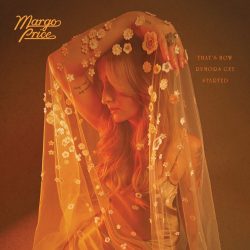 With her first two albums, Margo Price was proclaimed as one of the prime candidates to be crowned as one of the queens of Americana. Hey, at one point, such ‘pure’ Americana artist as Sturgill Simpson played in her band. But with ‘That’s How Rumors Get Started’, her third album, Price just might get some Americana feathers ruffled. Or, could we say, get some rumours started that she is abandoning Americana…

But is she really? And, again, shouldn’t Americana actually be a piece of cross-genre music? With her new album, it seems that Price has taken exactly that approach. Musically, Margo keeps one foot firmly in her (Americana) roots, but takes a detailed excursion almost all over the place – from some all-out rocking of ‘Twinkle Twinkle’ to Fleetwood Mac poppiness of ‘Hey Child’ and elsewhere. Elsewhere, where some purists might think she shouldn’t go.

Price obviously doesn’t care, and frankly, she shouldn’t. On the album, she is in excellent songwriting and singing form, and the players, including the likes of Benmont Tench (and as you might guess, late great Tom Petty is one of the inspirations here), bring the music almost to perfection.

But is this perfection practically a pop confection? No, and even if it was, who cares when it is this good?

Is Margo Price building a category of Pop Americana all on her own?