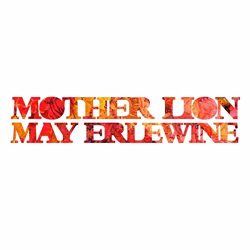 old May Erlewine is from Big Rapids, Michigan who remarkably has over 15 albums of original work to her name since the beginning of her career which was in the early 2000s although on occasion she has released work under the name of Daisy May. An undoubted talent she is a multi-instrumentalist as well as a singer and has had her songs covered by many other artists. This has the feel of a coming of age album and indeed it has garnered praise from many quarters including Ricky Ross who has played a number of tracks on his Another Country programme on BBC Radio Scotland.

So, predictably all 14 tracks on offer have been written by the artist and from the subtle beguiling opener Wild to the closing ballad Grateful which is full of hope there is superb musicianship on show with warmth in the production that shows off Erlewine’s intelligent lyrics to their best.

The most catchy song on the album is Never One Thing with a steady almost military style drum backing featuring great harmonies and a steady repeating chorus although the majority of tracks are in the mellow ballad style such as Your Heart with a soaring piano backing and Shake The World where a repeating drum beat holds the song together with the constant refrain “I wanna let love in”. With the right support and vehicle all these tracks could be big hits. The most important message is saved for the penultimate track Get It Back which extolls the vitue of living for each day. In all a lovely album which grows and reveals more with every listen.