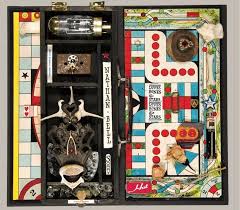 Nathan Bell is a working man who now more often than not makes albums. This is the fourth album of the ‘Family Man’ series and is a series of reflective acoustic ruminations on a life being lived and the many strands of society that ebb and flow through that life. Literally the ties that bind and the sense of continuous wonder at a life that seems impossibly ordinary but at the same time utterly extraordinary.

These are reflections (two repeated twice) and as such are often teetering on the edge of the maudlin but the songwriting is strong enough to allow Bell to skirt the pitfalls and deliver melancholic genuflections. ‘Love Bones and Stars, Love‘s Bones and Stars’ is a case in point with its campfire narrative and gentle guitar and fiddle and hushed harmonies.

The production is tight and measured allowing Bell’s whiskey sour vocals to creep into your ears – there is Prine and Townes here and it’s beguiling. Both versions of ‘A Day Like This’ are affecting, as is the pean to an unbelieved in God of just one more day, just one more day on ‘Fragile’. The whole album builds in importance as each song brings fresh emotions from the seemingly effortless delivery and delicate harmonisation and production colours.

The release of this album is also compounded by the issue of a live album recorded in Wales on his last UK tour – ‘Er Gwaetha Peb a Phopeth’ (In Spite of Everyone and Everything): Live in Wales 2017. This is Bell live and unvarnished and perhaps that is how he should be experienced. All fire in the belly and world-weariness through a voice box designed by a genius on a six string cloud.