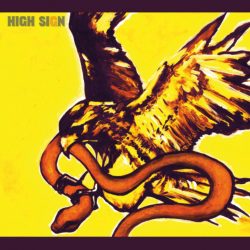 Let’s be honest, now is the time for the US to start healing itself after possibly the most divisive period, and certainly the most divisive presidential election, in recent history. So now is also the time for  a band that stats their message “is about the power of perseverance and radical love as a means of hope during polarizing times.” This stated intention is fully realised on the track ‘Common Ground’ which focuses on the beauty of the world and of life regardless of our divisions: “When the dividing lines are written down, Let’s try to find a piece of common ground, A solid piece of common ground.” Okay, it may not be profound; but it is what is needed at this historical moment. And, more importantly, the track is a great Steve Earle style slab of country-rock.

Therein, however, lies both the strength and the Achilles’ heel  of Oklahoma Uprising’s sound. The influences are writ so large and come so hard and fast that it’s like thumbing through your CD collection. There’s an echo of Son Volt; a few bars later that sound just like Leon Russell; and just as you’re settling in to the song surely that’s a steal from Drive By Truckers. That’s not to say that this is anything other than a great album of solid alternative country. And the back story is great: Joel T Mosman has struggled with his demons over the years (have a listen to ‘Nature Of The Beast’); during the week he drives a truck and, having overcome those demons, is now the musical director at his church. This is the country narrative writ large: triumphing over your own demons and mis-turns and finding salvation in a better life. All delivered with the voice of an intense and passionate Joe Ely.

But, having said all that this is not simply derivative, Oklahoma Uprising have their own voice. Opening track ‘Tumbleweeds’ unusual rhythms turns this tale of how “they say a tumbleweed needs the wind to roll, Otherwise it’s just another weed, That will decompose” into something arresting and unusual with superb backing vocals extolling the listener to “keep on running” before dissolving into hushed but uplifting murmurs.

Otherwise we cover the traditional gamut from driving songs – ‘Tennessee Highway Blues’ – to outlaw ballads – ‘Francisco & Lorena’ – and taking in love and loss on the way – ‘Santa Fe’. But the fact that this is what we would expect from alternative country does not detract from the fact that every song is a masterclass of its genre; the songs demonstrate a real depth of feeling and a profound understanding of this music. The album closes with a cover of Tom Petty and the Heartbreakers ‘American Girl’ which adds the fiddle, harmonica and pedal steel which should always have been there.

Simply put, if you want great songs, hewn from the bedrock of alternative country, and you share the love for Joel’s influences as much as he does – and, let’s be frank, you will – then this is a great album.

About Peter Tomkins 6 Articles
Over the last fifty years I have probably tried to learn most instruments from the guitar to the trumpet, taking in the accordion and mandolin along the way. And failed. But as a music lover I started writing for magazines and websites about music around ten years ago. It's a break from my day to day life as a teacher and leader.
Website