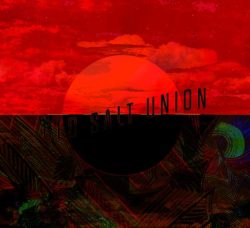 Union are a five piece traditional old time string band playing music that any fan of the likes of Old Crow Medicine Show or The Infamous Stringdusters will instantly fall in love with. This is however a group with a modern twist with members having a varied musical background including classical and hip hop as well as more traditional bluegrass. The ten tracks on show are mostly written by the group members although there is a superb cover of Paul Simon’s ‘You Can Call Me Al’ with a clever video that you will want to check out mimicking Simon’s original with Chevy Chase.

For fans of this genre this album is a must and it is hard to pick out any specific track for special praise although ‘Bought and Sold’ is a beautiful love song without the saccharine, and ‘Tuscaloosa’ features soaring harmonies. There is also a top instrumental in ‘Flatt Baroque’ the title giving a nod to the great Lester Flatt of Flatt and Scruggs fame. Production is by Alison Brown a Grammy Award winning banjo player whose direction and attention to detail has paid off in giving the album a professional but not too polished feel. Released in the US last year this album has only just arrived here so hopefully there will be a tour to promote this soon. In the meantime, kick back and enjoy the ride, it’s fun and so rewarding.

Old-timey music with a modern twist