A great video and a great song from Nottingham’s Josh Wheatley.  And he’s only 18!

Some more news we’re spectacularly late with – honesty comes before a fall, or whatever the saying is. News from Pitchfork who report: “Margo Price has won the second annual American Music Prize for Best Debut Album. Her debut album Midwest Farmer’s Daughter was released last year by Jack White’s Third Man Records. Other finalists for the prize included Whitney, Julien Baker, EL VY, Big Thief, Gallant, Empress Of, case/lang/veirs, and Julien Baker. Price received $25,000 as part of the award. Watch her get surprised with the award at Third Man’s Nashville headquarters below (via The Tennessean). She said of the win in a statement:  END_OF_DOCUMENT_TOKEN_TO_BE_REPLACED

And hurray it hasn’t been blocked for UK viewing!  Stereogum report: “Last week, Alynda Segarra released her sixth studio LP as Hurray For The Riff Raff, The Navigator, an assured, compelling work that runs through how her past became her present while incorporating the music of her youth into her folk-driven narratives. Last night, Segarra paid a visit to Conan to perform the album’s safe-space spiritual “Hungry Ghost,” delivering with contagious conviction the incandescent song with her four-piece backing band. Watch the performance below, and then check her out tonight at our SXSW showcase.”  END_OF_DOCUMENT_TOKEN_TO_BE_REPLACED

And so it begins for 2017.  Billboard report: “Don Warden, who worked as Dolly Parton’s manager and played steel guitar as a founding member of the Porter Wagoner Trio, has died. According to a tribute post from the entertainer on Parton’s official website, Warden died on March 11th. He was 87. A 2008 inductee into the Steel Guitar Hall of Fame, Warden was also a Grand Ole Opry member beginning in 1957. He first met Parton when the singer joined TV’s Porter Wagoner Show in 1967. She would go to affectionately refer to him as “Mr. Everything.” “He was like a father, a brother, a partner and one of my best friends,” Parton writes. “I feel like a piece of my heart is missing today. Certainly a huge piece of my life is gone. Rest in peace Don and know for sure that I will always love you.”  END_OF_DOCUMENT_TOKEN_TO_BE_REPLACED 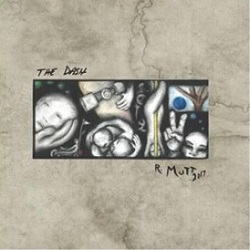 Do you believe in rock and roll ? R.Mutt do. Six years after the release of their last album – the well received Leash on Life – they finally return with a new record that builds on what went before, with some additional refinement provided by the assistance of producer Kevin Blackwell (Sassparilla) and for the mixing Chet Lyster who has worked with the Jayhawks. There’s been some internal changes in the band as well, alongside founder members Jim Dier and Ron Thornton there’s new
guitarist David Smolarek and new drummer Matt Schreier. END_OF_DOCUMENT_TOKEN_TO_BE_REPLACED

A great version of the Johnny Paycheck classic filmed at the Ohio State Penitentiary where Coe was once incarcerated.

And if you think that’s just the name of a Jayhawks song, here’s a story on a band that will join the dots for you. Billboard reports: “Big Star will get another opportunity to reclaim a positive legacy next week during the music portion of South by Southwest. Few will forget frontman Alex Chilton’s unexpected death on March 17, 2010, just days before Big Star was due to perform at the festival. That show became an all-star memorial for Chilton, while friend and The dB’s co-founder Chris Stamey launched a series of concerts celebrating the 1978 Third album (later known as Sister Lovers) later that year. This year’s SXSW will see the launch of the new concert film Thank You Friends: Big Star’s Third Live…And More, captured last April at the appropriately selected Alex Theatre in Glendale, Calif.  END_OF_DOCUMENT_TOKEN_TO_BE_REPLACED 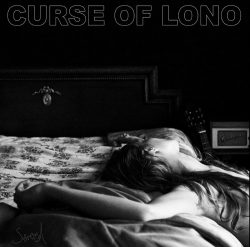 On first hearing this record without reading anything about it I thought that Steven Adams (Broken Family Band) had adopted a back to basics approach and formed a new band. It’s a thought that stuck with me every time I listen to the record and it’s certainly meant as a compliment – there’s the voice of Felix Bechtolsheimer (Hey Negrita) which is a dead ringer for Adams and then there’s the lyrics which explore the same melancholic self-deprecating squalor. CofL have an admirably broad palate, the songs spreading out across a range of styles – the opener cheekily references the Byrds with both the title and the bass line of Five Miles (add three and some altitude and you’re there). END_OF_DOCUMENT_TOKEN_TO_BE_REPLACED

Coming on to the darkened stage of this basement London theatre, strumming guitar, Loudon Wainwright III unexpectedly encountered a mic’ stand, causing a minor stumble – maybe a Freudian Trip – quickly recovered from. It got an early laugh. Surviving Twin (as you may have read in an earlier feature on Americana-UK) is his one man theatre performance mixing songs, monologues and a backdrop of photo’s and film clips. END_OF_DOCUMENT_TOKEN_TO_BE_REPLACED 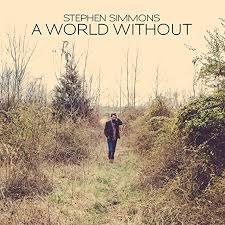 At a time when the great and good of mainstream Nashville can be found in the UK playing the country fest that is C2C Stephen Simmons’ latest offering acts as an antidote to much of the current anodyne output of that great song writing town. As is befitting a native of Tennessee, his 10th album offers up a collection of self-penned songs that, although having a definite taste of country running through them, have an intelligence and musical nuance that sets them apart. END_OF_DOCUMENT_TOKEN_TO_BE_REPLACED