We hope you haven’t ever crossed Rosanne Cash, knocked her wing mirror or something, because like an elephant she never forgets and in that form she’s announced the release of her first new album in nearly five years ‘She Remembers Everything’ which comes out on November 2nd on Blue Note Records.  The personal collection features ten songs, all written or co-written by Cash, that “reckon with a flawed and fragile world from a uniquely feminine perspective.” Recorded in Portland, OR and New York City, with Tucker Martine and John Leventhal respectively, and featuring contributions from Elvis Costello, Kris Kristofferson, Colin Meloy, and Sam Phillips, the record follows Rosanne’s 2014 album ‘The River & the Thread’ and marks a return to more personal songwriting after a trio of albums that explored her heritage.

In the wake of the latest onslaught of survivor stories, Cash says she has had to contend with the fact that much of what she hoped would change across her lifetime really hasn’t, a reality that is reflected in her deliberate embrace of women’s narratives on the new album. “There is a woman’s real life, complex experiences and layered understanding in these songs,” Rosanne says. “I could not have written them 10 years ago—not even close. Time is shorter, I have more to say.” 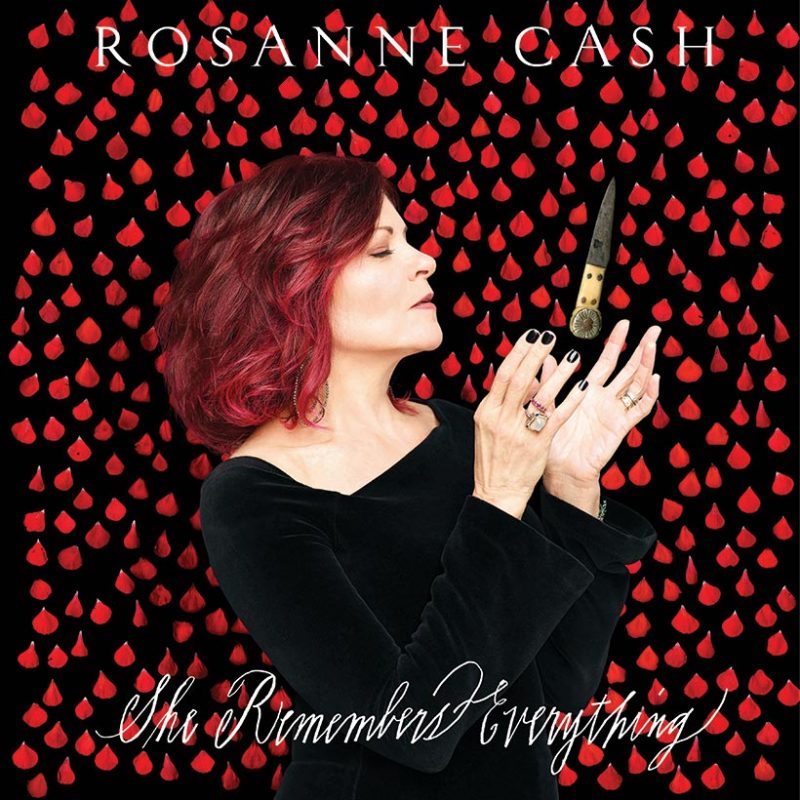 To accompany the announcement, Rosanne has released two songs from the record – the title track, and ‘Everyone But Me,’ which is described as “a mosaic of generational grief and reckoning.” You can hear both tracks below.

In addition to the ten-song release, a deluxe version of ‘She Remembers Everything’ with three bonus tracks will be released digitally and as a limited edition casebound book CD.  Fans will also have the option to purchase a limited edition box set entitled the ‘She Remembers Everything Memory Box’, which will include personal letters of correspondence signed by Rosanne, and exchanged between her and T-Bone Burnett, Elvis Costello, Sam Phillips, Joe Henry, Tucker Martine, and John Leventhal; an exclusive Rosanne Cash Live at SFJAZZ CD, recorded in 2017 and featuring Emmylou Harris and Lucinda Williams; She Remembers Everything pressed to pink vinyl; the deluxe casebound CD with three extra tracks; and a digital download redemption card. The box will also include a copy of ‘Bird On A Blade’ (UT Press), a new book of lyrics and illustration by Rosanne Cash and Dan Rizzie, along with an 8” x 10” printed lithograph featuring an original Rizzie illustration from the book.

SHE REMEMBERS EVERYTHING TRACKLIST:

1. The Only Thing Worth Fighting For
2. The Undiscovered Country
3. 8 Gods of Harlem
4. Rabbit Hole
5. Crossing To Jerusalem
6. Not Many Miles To Go
7. Everyone But Me
8. She Remembers Everything
9. Particle And Wave
10. My Least Favorite Life