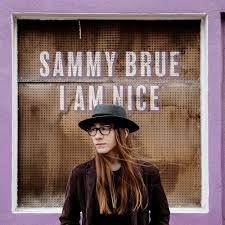 Bloody hell. This is the frankly astonishing debut album from the Portland, Oregon native Brue who has been mentored by Justin Townes Earle and produced by half of The Civil Wars and a quarter of the Alabama Shakes and is only 15yrs old. This is Stevie Winwood territory smashing into a scene when still of school age with a prodigious talent that defies convention. Why so good? Not just his age surely? No not at all but that does play into the critical assessment. There is no doubt that the production has lifted the occasional bit of weak material but the majority of this album aims high and invariably hits the target. This is no novelty record.

Opening with the crisp National like ‘I Am Nice’ the album gathers pace and depth quickly. The opening gambit of a clearly influenced track (think ‘About Today’) gathers the listener in and the ride really begins with the Stax/Platters influenced ‘Was I The Only One’. A plaintive narrative over a swirling Hammond and doowop backing with Brue’s nasal whine sitting on top. This fifties vibe continues as ‘I Never Said’ also ploughs this teen romance furrow with backing to match. and ‘Jealous’ features honky tonk piano and more doo wops. Classy!

Keeping his options open ‘I Don’t Want You To Leave’ is an unashamed acoustic love song almost ethereal in its simplicity but ‘Lay Me Down’ is a full blown band effort that wouldn’t sound out of place on a very big stage.

Stunning debut made even more so by his age. We are going to see and hear a lot about Sammy Brue – let’s hope he delivers on his promise and stays sane in an increasingly horrible business.