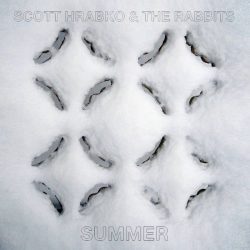 I know that this is grown-up Americana music, I know that it is well-crafted, slyly funny and expertly put together. I know it sounds like an Americana record should sound and I know that I should be listening to it now but I’m not. I’m cheating. I’ve listened to half the record (I’ve had it on in the car for the last few days), I’m trying to get through it again and to write something about it but it isn’t grabbing me, it isn’t saying anything to me. I’m trying to see if something else does, to see if it is me, or it’s the record. Searching around I listened to a couple of Hoodoo Gurus songs from the early 1980’s – they still chime with me, I’m still capable of being reached. Try something new, Japanese Breakfast The Body is a Blade – yep it penetrates. Try something more Americana? OK. Here’s the new one from Kevin Morby, it’s lovely, it excites me, it’s definitely not me.

Back to the record in question – it sounds stilted, like something pickled in amber. I can appreciate its beauty but I’m never going to touch it, or get any closer to it. But here comes Eyes Of Bonny Blue – it has an injection of extra energy: hear that twang, a railroad song of sorts that has the rhythm of the clickety clack of the steel wheels on the tracks, beautiful steel guitar work, all down these straight lines, destined to only follow. Hrabko has a voice made for the past. There’s a Countrypolitan sway to the songs. I want to believe that he spends every waking hour in a Nudie suit, his love and appreciation for the music is obvious, the band are super tight and everything sounds so well put together. As ever when I try to justify why a record slips away from me, I listen more intently, more assiduously than I ever would if I tried to explain why I like it, and that’s when Hrabko’s music begins to take hold, it puts a friendly arm around your musical shoulders and tells you everything will be OK.

The fact that I don’t get the record, or I don’t particularly like the record doesn’t stop me recognizing it for what it is. Hrabko is a performer of finesse and subtlety. He’s putting together a fine body of work, and my ramblings need to be put in that context. I hope I can recognize when something will have value beyond my narrow musical worldview.

Hrabko is a master of his art