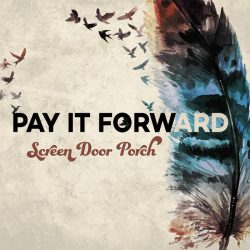 e track EP from Jackson based Screen Door Porch is their fourth such CD offering. They have been touring since 2010 and are clearly a tight band. The Parade opens the CD and is a rock orientated number with heavy organ and slide guitar to the fore. There is diversity in the vocals with transition between male and female which adds an extra dimension to the work.

In addition to the rock sound there are many influences at play including blues and country rock with nods towards Ryan Adams, The Band and the general southern rock sound especially on Summer In January. There is even a hint of a Janis Joplin vocal on Rest Be Not Forgotten and in Drifter which closes the album western swing is the order of the day. This is a really good record but suffers from not being a full-length album. You have to wonder why no such album has been forthcoming given the length of time that the band have been together and the clear quality that is on show.