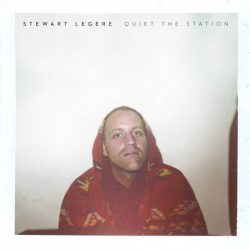 Legere is a craftsman, one who understands the mechanics of songwriting and is able to create densely layered free flowing songs that flirt with many genres without really committing to any. There’s much to admire and much to enjoy, much to pick apart and to explore – these are songs densely packed with flourishes, nooks and crannies, lyrical narratives, classic singer-songwriter fare. He reminds me of another Canadian, Ron Sexsmith, someone who will be more admired for their craft and will garner more acclaim from his peers and receive less attention from audiences than he deserves.

Part of that is due to volume – he provides 14 songs here stretching over an hour, and though they are often moving along and offering a sense of movement – Wishes In Wells and Dig Into The Dirt have melodies that develop and have sticky moments that leave impression flitting around your brain’s circuitry – there are also songs like Sabotage that have maximum impact on arrival and say very little afterwards. These are the minority though; mostly the songs hold attention lyrically and musically they vary from the piano ballad If You Have The Time or the spartan acoustic guitar of Outlive.

If you listen to any of these songs in isolation, you really pay attention. With When I Was A King for instance you notice all of the idiosyncrasies, all of the details, you think you’ve stumbled upon a major new talent. When you add all the songs together and listen through them, then the individuality pales and you notice more of the similarities. Moving In Blue has the most detail and the most layers of instrumentation, and it sounds like layers from the other songs have been lifted and pulled together. It’s a record that I admire more than I like, one where I fail to appreciate what is on offer.

Canadian singer-songwriter on debut offers much, perhaps too much.