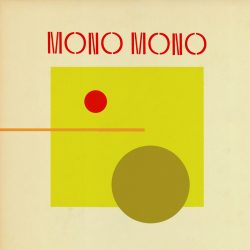 g from Montreal Sunfields is a group of four although their undoubted leader is Jason Kent who wrote all eleven songs on this album which is credited as being produced by the whole band. An antidote to the winter blues and dare it be suggested those who may not wholly take on board the Christmas spirit this is an uplifting and fun piece of work full of jangly guitars and addictive harmonies.

The album opener Wheel In You has a bluesy feel with some added harmonica and an almost early 70’s Stones feel in places, a feeling enhanced by Dead End Woman which sports a fantastic groove featuring piano and organ. There is also a clear influence on show from the late Tom Petty especially on Little Love which could have been a part of any of the great man’s earlier album offerings.  One of the slower tracks Oh! My Girl features what appears to be a slide guitar or something very similar which gives it a real East Nashville feel.  However, the most obvious influence is on the last song All My Life which has The Beatles White Album era writ large. This is an album that catches you from the outset and its beauty is that it has many layers that reveal themselves after every listen from hidden riffs to intelligent lyrics and subtle harmonies. But it is those guitars that stand out  – an album to be played loud preferably in an open top car should you have the pleasure of owning one.

A touch of summer to lift the winter gloom.