If anyone has ever had the temerity to question the UK in Americana UK then this interview with Patrick Hart, chief cook and bottle washer and owner of Cow Pie Records will put that question to bed once and for all. Cow Pie Records was originally founded in the second half of the ‘70s by UK pedal steel player extraordinaire, B J Cole, who has played with everyone from Elton John and Scott Walker to The Verve and Spiritualised,  when he somehow managed to persuade United Artists to provide a budget and a licensing deal. END_OF_DOCUMENT_TOKEN_TO_BE_REPLACED

Our final video of the week is the premiere of the gorgeous ‘Indian Sign’ from Ags Connolly.  His voice is beautifully resonant and melodic on this acoustic recording.  ‘Indian Sign’ is from ‘Wrong Again’, Connolly’s acclaimed third album, originally released in November 2019.  The English singer-songwriter is considered to be one of the UK’s finest on the country and Americana scene, known for his distinctive vocal and well-crafted songs and for remaining true to the the music’s traditional roots. END_OF_DOCUMENT_TOKEN_TO_BE_REPLACED

The death of James ”Slim” Hand on 8th June, due to complications resulting from congestive heart failure, will bring feelings of great loss, not only to his family and friends, but also to the dedicated group of fans who appreciated his unique talent and irreplaceable presence on the Texas concert circuit he made his home. Some of those who truly understood his talents include Willie Nelson and the UK’s own Ags Connolly. James Hand didn’t record his first record until he was 47, in 1999, and he didn’t really tour outside his native Texas, and even in Texas he remained close to his home town of West, West Texas. However, he did tour Europe with Dale Watson in the mid-2000s, which resulted in a small but very dedicated European fan base being established. END_OF_DOCUMENT_TOKEN_TO_BE_REPLACED

In these strange times when people around the world are literally living in isolation, we are trying to spread a little joy by asking some of our favourite acts to perform exclusive mini-gigs for the AUK community.  This is a real treat: two songs from the great Ags Connolly.  Beautiful songwriting, perfect guitar playing and characterful vocals – it’s all here to help get you through!  END_OF_DOCUMENT_TOKEN_TO_BE_REPLACED 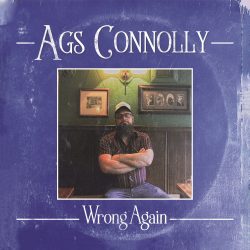 Ags Connolly, one of the most authentic western swing artists this side of the Atlantic, has delivered once more with his third studio album, ‘Wrong Again’. Dwelling on similar terms to those previous, Connolly’s mix of bar side drinking songs and human sorrow will be a sure hit with existing fans who enjoy his continuation of Tex-Mex adventures. ‘Wrong Again’, recorded at Woodworm Studios in Connolly’s native county of Oxfordshire, pulls together an eclectic mix of well-seasoned musicians that reflect tastefully in the music. END_OF_DOCUMENT_TOKEN_TO_BE_REPLACED

Oxfordshire honky-tonker Ags Connolly has his third album ‘Wrong Again‘ coming out on the first day of the apocalypse – or November 1st if you prefer.   Today’s song is, quite obviously, the title track and sees Ags  dismissing a search for love as if he were a heartless quiz show host:  “entrusting your heart and believing once more / this time you’ll win and you won’t hurt anymore / wrong again, love’s not on your side and fate doesn’t care what happened last time / … / wrong again, you lose a life.”    END_OF_DOCUMENT_TOKEN_TO_BE_REPLACED

For Over The Hill’s inaugural festival you couldn’t hope for a more bucolic setting than Cogges Manor Farm. Set in the outskirts of Witney in Oxfordshire, its grounds comprise a beautiful manor house made of Cotswold stone, surrounded by common land and with farmyard animals in situ. The festival is simply but elegantly accommodated in two tithe barns, with the musical turns alternating between the two stages. END_OF_DOCUMENT_TOKEN_TO_BE_REPLACED

Ags Connolly and Whitney Rose may hail from Oxford and Canada, respectively, but they both share a spiritual home in Austin. For Ags it’s the place he relates most to musically, while for Whitney Rose it now represents home following her move from her native Prince Edward Island. While Ags Connolly and Whitney Rose may be at opposite ends of the musical alphabet they are both ruggedly independent acts who demonstrate tonight that they should be filed under the letter ‘C’ for classic country. END_OF_DOCUMENT_TOKEN_TO_BE_REPLACED 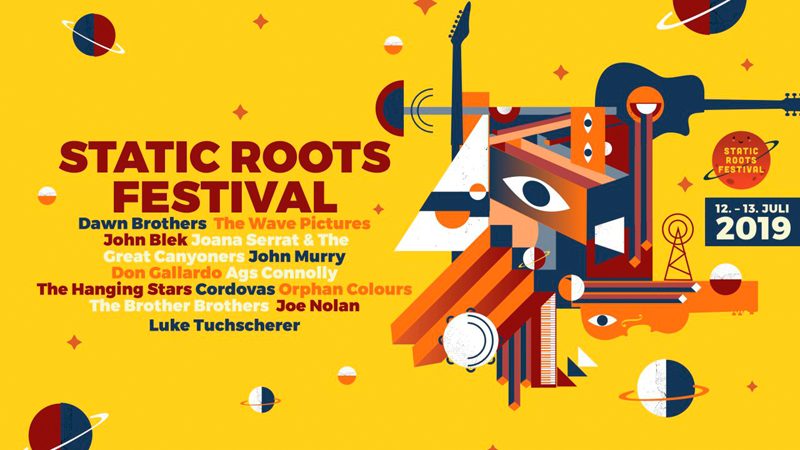 It’s festival season for sure as hordes of music fans pack both wellies and sun cream as they head off for a weekend of unbridled fun. Be it the massive set up at Glastonbury or the rootsier confines of Maverick there’s plenty to choose from but for sheer unadulterated Americana joy then one need look no further than this unassuming spot in Germany’s Ruhr district, the small, post industrial town of Oberhausen, home to Static Roots. Now in its fourth year, Static Roots has grown from an initial invite only event to being sold out for the first time with several hundred fans gathered together in a converted zinc factory to see and hear 13 acts, most of them surely familiar to readers of AUK. There’s no corporate funding, no kowtowing to fashion, the line up purely a reflection of the festival’s director’s musical tastes  which are somewhat impeccable. END_OF_DOCUMENT_TOKEN_TO_BE_REPLACED

One novel way to spend the August Bank Holiday Monday is to head to the inaugural ‘Over the Hill’ festival at Cogges Manor farm. With a very strong focus on UK Americana and roots music, Over the Hill will host two stages in tithe barns on the day. Acts booked to appear at the festival are Danny & The Champions of the World, William the Conqueror, Ags Connolly, Trevor Moss & Hannah-Lou, The Niall Kelly Band, Paul McClure and Naomi Bedford & Paul Simmonds (The Men They Couldn’t Hang) with The Ramshackle Band. END_OF_DOCUMENT_TOKEN_TO_BE_REPLACED