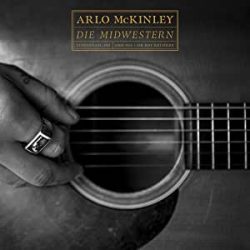 Ohio’s Arlo Mckinley was on the brink of giving up on music when he caught the attention of one John Prine. The legendary singer-songwriter and his son Jody signed him up to their label Oh Boy Records on the strength of his soulful, gospel voice and beautiful songs of hard living. Mckinley’s is a story of better late than never, as accident and circumstance almost conspired to convince him that his time would never come. Luckily, aged forty years young we are now presented with ‘Die Midwestern’. END_OF_DOCUMENT_TOKEN_TO_BE_REPLACED

The title track from Arlo McKinley’s upcoming album is a beautifully crafted piece of work that feels warmly familiar and yet entirely new.  McKinley explains: “This song is similar to ‘Walking Shoes’ but putting all the blame on geography. The Midwest is full of drugs that end up controlling people. It’s about my love/hate relationship with Ohio. I love it because it’s everything that I am but I hate it because I’ve seen it take my loved ones lives, I’ve seen it make hopeful people hopeless. Temptations run all along the Ohio river, but it’s so hard to watch the Ohio fade in the rearview mirror.”  Look out for the album, due to be released on John Prine’s Oh Boy Records on 14th August.