David Rawlings is best known for his work with Gillian Welch, with whom he creates achingly beautiful and melancholy music. The couple were part of the Bluegrass Class of 2000 who suddenly found that they had mainstream appeal after the huge success of the Coen Brother’s ‘O Brother, Where Art Thou?‘ At that point, Rawlings and Welch had already recorded two albums with legendary producer T Bone Burnett, who also produced the ‘O Brother…’ soundtrack. They weren’t exactly flying under the radar, but the impact on the Coen brothers film cannot be understated. The follow up documentary ‘Down From the Mountain,‘ followed the various artists involved in the soundtrack, including Rawlings and Welch, culminating in a concert at the Ryman in Nashville. This was wildly popular and paved the way for bluegrass-influenced bands like Nickel Creek to enjoy massive mainstream popularity in the early 00’s. END_OF_DOCUMENT_TOKEN_TO_BE_REPLACED

A nice story RS Country are carrying today about that wonderful song from the first story in the Coen Brothers’ “Ballad of Buster Scruggs” movie. They report: “One of those most important traditions, the cowboy song, is captured in the pair’s plaintive Academy Award-nominated tune, “When a Cowboy Trades His Spurs for Wings,” for which they’ve released their own recording. END_OF_DOCUMENT_TOKEN_TO_BE_REPLACED 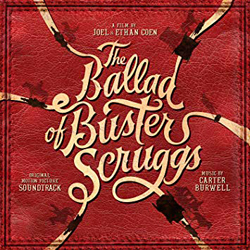 If you haven’t yet seen the latest Coen Brothers effort, ‘The Ballad Of Buster Scruggs’, then you’re in for a treat. Released through Netflix (and if you haven’t got access to Netflix then surely someone you know must have –  just pitch up on their doorstep with two fingers of red eye and persuade them to watch it with you), it’s a portmanteau movie set in the old west with six distinct tales. These pitch from rib tickling fun to very dark humour and there are echoes of influences as far ranging as Gene Autry, Cormac McCarthy and even an obscure 1920’s Danish film, ‘The Phantom Carriage’. Murder and dirty deeds loom large throughout. Of note to AUK readers is the presence of Tom Waits and Willie Watson on screen and two compositions by David Rawlings and Gillian Welch on the soundtrack. END_OF_DOCUMENT_TOKEN_TO_BE_REPLACED

David Rawlings is quite the guy these days. A still youthful picker with an extraordinary command of the roots and traditional end of US country music, Rawlings has been plying his trade for many years, always earning praise, accolades and generating interest in both the genre and his own personal take on it all. Surprisingly, perhaps, he also remains firmly footed and rooted in a bubble of modesty and humility that, frankly, is a rare thing in modern-day Music City, Nashville, where he is based. END_OF_DOCUMENT_TOKEN_TO_BE_REPLACED

New music from David Rawlings is always a bit of a treat and this Southern gothic tune appears on the singer-songwriter’s new album ‘Poor David’s Almanack,’ which is due out August 11th. “That song was written a little later than the first batch of songs for this record,” Rawlings tells Rolling Stone Country. “It started out as a groove and melody and chords. The music felt like it had some kind of adventurous feeling, or a feeling of pioneering. I had been working to come up with a title or a theme or hook. One night as I was sitting playing through the music, the ‘Cumberland Gap’ words sprung to mind.” Read more about it over at Rolling Stone. 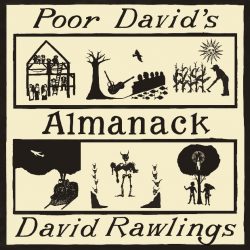 Songwriter and guitarist David Rawlings, he of “and Gillian Welch” fame, has announced the release of his freshly pressed third album “Poor David’s Almanack” which will see the light of day on August 11th via Acony Records. For the new album, Rawlings leaves the Dave Rawlings Machine moniker behind and serves up a mixture of acoustic and electric music rich in what’s described as “ageless American vernacular”. The album of ten new songs was crafted by Ken Scott (Beatles, David Bowie) and Matt Andrews on analog tape during a week of sessions at Woodland Sound Studios in Nashville, Tennessee.  END_OF_DOCUMENT_TOKEN_TO_BE_REPLACED