The origin of the expression “skeleton at the feast (or banquet)” has been traced back to the Egyptian custom of bringing a skeleton or mummy to a feast as a reminder of mortality amidst the festivity. Generally, it was meant to refer to someone or something that brought unpleasant memories or put a dampener on proceedings, not an accusation that could be levelled at Gill Landry who has been touring Europe in order to promote his excellent ‘Skeleton At The Banquet’ album. For while his music has certainly got its moments of melancholy, it’s also leavened with genuine humour, poetry, and human insight, alongside a cineaste’s ability to conjure a widescreen picture from a Noirish soundtrack. END_OF_DOCUMENT_TOKEN_TO_BE_REPLACED 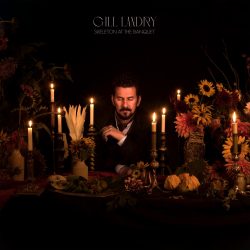 Context in music is everything. The black gem of ‘Love Rides a Dark Horse’ has been followed by a slightly brighter point on a brooding personal journey. Relatively speaking this album demonstrates another step in Landry’s cathartic therapy of songwriting. The broken heart has been replaced by a degree more reflection, albeit one with a hefty residual of bitterness and cynicism still present. END_OF_DOCUMENT_TOKEN_TO_BE_REPLACED

The moody video for ‘I Love You Too’ is perfectly in keeping with Gill Landry’s deep, sombre voice and emotional song writing.  Landry has a busy few months ahead with a UK tour and a new album on the way, ‘Skeleton at the Banquet’.  This first single from the upcoming record will certainly please the Grammy-winner’s fans – it’s heartfelt and beautiful.

Two-time Grammy award-winning singer-songwriter and multi-instrumentalist, Gill Landry, has ten UK dates in the new year in support of his new album out on the Loose record label, ‘Skeleton At The Banquet’. Landry is one of the 75 acts due to appear at the Americana Music Association UK’s showcases at the end of January before he plays a more extensive tour in February. END_OF_DOCUMENT_TOKEN_TO_BE_REPLACED 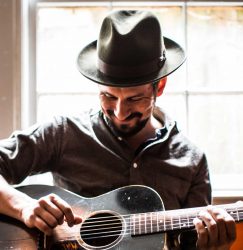 We leave you with this for this week which is quite exciting if you’re anywhere near London next week. The beckon call of live music, complimentary Jack Daniel’s and what’s described as “an immersive multisensory experience” will entice Waterloo Station travellers to delay their evening commutes and take a brief holiday in Tennessee at a special exhibit entitled “The Sights & Sounds of Tennessee” which takes place next week from 4th-17th June. The exhibit is part of a month-long campaign featuring the Tennessee destinations of Nashville, Memphis and Knoxville that follows British Airways’ introduction of its five-days-per-week nonstop service from London Heathrow to Nashville, the capital city and centre to the state. The Sounds of Tennessee exhibit at Waterloo and digital boards throughout London are to feature custom Spotify playlists that will serve as a formal invitation to British holidaymakers to visit Tennessee, one of the world’s top travel destinations for music lovers. END_OF_DOCUMENT_TOKEN_TO_BE_REPLACED 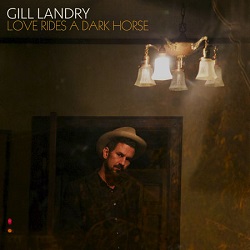 Gill Landry had it all – he was in the Old Crow Medicine Show, had just won his second Grammy with that band, and moreover he was in love – not just in love but all set to be married. Feeling a need to move on musically he decided to go solo, recorded an album and hit the road with it. And then the bottom fell out of his world – the girl left, heartache moved in and seemed to have settled down to stay. The songs on this new album reflect this turn of fortune’s wheel – and also acted as a form of therapy for those bruised emotions. END_OF_DOCUMENT_TOKEN_TO_BE_REPLACED

Pretty much a sell out at the revamped Borderline for Ian Felice’s first solo foray to these shores. It’s been a busy period what with a new baby, propping up the excellent Conor Oberst’s album and tour and now an excellent new album full of image soaked Americana and a tour to support it. The crowd ( including Loose alumni Danny Champ and label boss Tom – here as a fan as much as management) can’t wait, but they have to for tonight it’s no tacked on support but a full blown talent in his own right. END_OF_DOCUMENT_TOKEN_TO_BE_REPLACED