Karine Polwart came to The Barbican to showcase her latest album ‘Scottish Songbook’ which consists of re-imagined songs by Scottish pop artists – using the term pop quite loosely – of the last fifty years. The album (available on Vinyl, CD and, yes, even cassette, at all good Merch stalls) came out of a show organised as part of the National Museum of Scotland’s exhibition ‘Rip it up: The Story of Scottish Pop’ and features eleven tracks – these all appeared at this gig, expanded to include another nine songs making the gig the Deluxe Edition of the album. END_OF_DOCUMENT_TOKEN_TO_BE_REPLACED 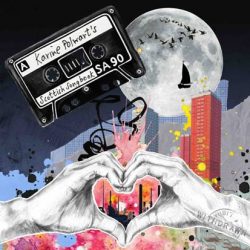 From the opening crystal clear repeated note pattern, this album sets about the whole notion of a covers album with a fresh and distinctive voice. This is original and stirring stuff. ‘The Whole of the Moon’ is completely reinvented as a joyous pean to life with gentle production and beautiful harmonies.  END_OF_DOCUMENT_TOKEN_TO_BE_REPLACED

Karine Polwart’s latest album  ‘Laws Of Motion‘  has, quite rightly, received the raviest of reviews – you’ll recall what Americana-UK thought (here) when giving a mighty 9/10.  The gently haunting ‘Ophelia‘ is, quite literally, a wind swept track – you can feel the wind blowing through the words that paint a delicate picture of the atmospheric effects caused by the tail-end of Hurricane Ophelia.  It prompted Karine Polwart to say  “When the easternmost Atlantic hurricane ever hit The British Isles, it brought with it Saharan sand and an uncanny light. Meantime, deadly wildfires ravaged Galicia and Portugal, causing black ash to fall as far north as Tallinn in Estoni” and then ask the  question “Isn’t it time we started acting as if we’re actually sharing the same earth, the same air?”. 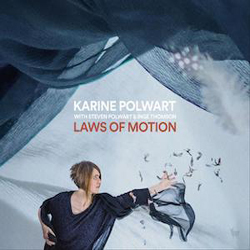 A cornerstone of the Scottish folk scene, six times winner at the BBC Radio 2 Folk Awards along with a host of other accolades, Karine Polwart goes from strength to strength with this magnificent album which is rich in tradition yet speaks strongly to the current times. ‘Laws of Motion’, while not a concept album nevertheless addresses many of the issues which trouble most right-minded folk, using historical themes and personal reflections. Polwart says of the album, “I didn’t set out to write songs on a unified theme – they’ve just landed that way. Perhaps that’s no surprise, given the times we’re in.” As such, she sings of the Kinder transport, the underground network which smuggled Jewish children out of Nazi Europe, of her grandfather fighting in Italy in 1944 and then never talking of it, of migrations and flight and, in a powerfully poetic song, of Donald Trump’s Scottish ancestry. END_OF_DOCUMENT_TOKEN_TO_BE_REPLACED