‘We’re all in this together” is a strap line that lost a little impact when it turned out that austerity was more for the poor than the rich, time will tell how true it is in its current revival for the pandemic.  However, when it comes from Mavis Staples then you can bet your bottom dollar that it’s truly meant as a rallying cry for communal actions. END_OF_DOCUMENT_TOKEN_TO_BE_REPLACED 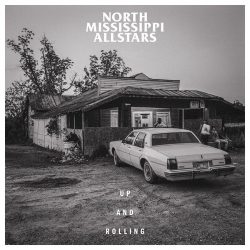 After almost a quarter of a century of releasing highly-acclaimed, Grammy-nominated records, North Mississippi Allstars have released their 11th album, ‘Up and Rolling’. The Dickinson brothers, Luther and Cody, have once again demonstrated their sublime songcraft and expert musicianship on one of the year’s most eagerly anticipated releases. END_OF_DOCUMENT_TOKEN_TO_BE_REPLACED

Mavis Staples can rely on a warm welcome in London – her live album of this year was recorded at a pair of Union Chapel gigs in 2018 – something which she alluded to tonight saying that she remembered us all from last year.  Well, yes, and then some, The Roundhouse being a considerably larger venue. Staples is on something of a roll at the moment, with studio and live albums hitting the streets at a regular pace since she signed with ANTI-, meaning that she has a lot of pretty new material to draw on, including this year’s studio release ‘We Get By‘. It still means that Mavis Staples can deliver a “greatest hits” set – it’s just that it’s the greatest hits of the recent years. END_OF_DOCUMENT_TOKEN_TO_BE_REPLACED 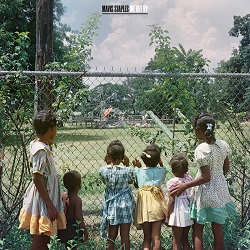 As we noted earlier in the year – when her live album recorded on her 2018 London dates was released – Mavis Staples is showing no sign of slowing down, in fact quite the opposite would appear to be the case as she has another European tour coming up (including Glastonbury) and here’s a brand new studio album. Having found rich rewards from collaborating with Jeff Tweedy on previous releases, this time Mavis Staples has worked with Ben Harper who shared production on the album, appears on it and wrote the songs. Is this a case of lightning striking twice? Well…at the risk of making the rest of the review redundant…yes it is, very much so. END_OF_DOCUMENT_TOKEN_TO_BE_REPLACED

So this happened last night although they didn’t send us a press release so we’re reporting this via Rolling Stone. We do by the way love the Milk Carton Kids – don’t forget to catch them in the UK in a couple of weeks’ time: “Nominees for the 2019 Americana Honors & Awards were announced Tuesday afternoon, with multiple women being recognized in the top categories. The Milk Carton Kids (and, later, Mavis Staples) read the names of the nominees during a rehearsal for the “Mavis & Friends: Celebrating 80 Years of Mavis Staples” concert set for Wednesday in Nashville. END_OF_DOCUMENT_TOKEN_TO_BE_REPLACED

Not only a new live album, but a new live album recorded at The Union Chapel in London.  Recorded earlier this year across two nights – one of which Americana-UK attended and was suitably impressed with (read the review here) – it captures Mavis Staples and her band in truly fine form in a venue which she describes as “the best place in the world to sing“.   As well as many classic songs Mavis Staples is grateful for the new material that comes to her, saying “I’ve stretched out—I’m singing songs that rock stars have written for me, but they know me and the kind of songs I want to sing.” END_OF_DOCUMENT_TOKEN_TO_BE_REPLACED

Mavis Staples is a living legend – recent Americana Grammy winner, Jeff Tweedy collaborator, mainstay of STAX Records, civil rights activist, the list goes on. And thankfully a legend that has not been diminished by time.   Mere seconds into ‘If you’re ready (come go with me)’ and the pleasure levels in The Union Chapel had already gone from vibrantly anticipatory to overflowing with ecstasy. It’s one thing to have one of the most recognisable voices in recorded music, it’s quite another to be gently swaying in front of a sold out crowd in an increasingly hot Union Chapel whilst unleashing that voice that covers wide ranges, and burbles delightfully in the lower registers. END_OF_DOCUMENT_TOKEN_TO_BE_REPLACED