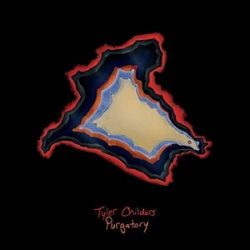 Building up a steady head of public interest, Tyler Childers follows his three singles of last year with his debut album co-produced by Sturgill Simpson no less. And it could well have been hewn from the same wood as Sturgill’s earlier releases. Lots of guitars, rebel lyricism and fiddles with nods to Nashville, Appalachia and Steve Earle particularly with the ‘Copperhead Road’ fuelled ‘Whitehouse Road’ – note the repeat of the word road to enable such comparisons. END_OF_DOCUMENT_TOKEN_TO_BE_REPLACED

Tyler Childers’ new album “Purgatory” (which would be a better title for the last five U2 albums) is produced by Sturgill Simpson and David Ferguson, and RS Country premiered the track below yesterday. They describe it as blending “that ethereal, off-kilter edge of bluegrass with Seventies country and an analog, Southern rock slant… and lyrics that dig deep into the struggle to dull the pain of life in rural America.” Purgatory is out August 4th on Hickman Holler Records via Thirty Tigers.