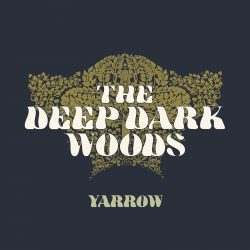 These are the same deep dark woods that the Handsome Family walk through combing for tales of mealy bugs or familial murder. On Fallen Leaves, Ryan Boldt does a passable impersonation of Brett with his sonorous voice intoning a tale told in images that seem cut and pasted from the Handsome’s songbook, natural imagery and unnatural death. An atmosphere of foreboding penetrates Deep Flooding Waters, the pace suggesting that the flooding is incremental, death by inches, the steel guitar solo passing by like flotsam bobbing on the surface whilst down below the tragedy unfolds.

The centrepiece of the record and the standout is The Birds Will Stop Their Singing, which unfolds reluctantly, the pace slowing, then quickening with each chorus, the drums setting that pace, the guitars growing more insistent until a thicket of twang is reached and they scatter like a covey of startled partridges. Two thirds of the way through its nearly nine minutes of length, it pulls back, before a fusillade of drums simmers with repressed rage and the songs bursts back into full night bloom.