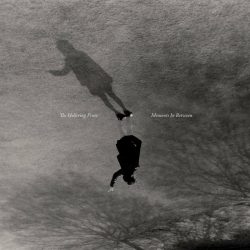 ‘Moments in Between’ is the third album from Salt Lake City band The Hollering Pines. It has a clear, crisp production, some nice harmonising by sisters Marie Bradshaw and Kiki Jane Sieger and even features pedal steel from no less than Greg Leisz. From the gentle, melodic opening of ‘He Don’t Understand’ to the rocking finale of ‘Keep it Light’ the album presents a series of well-crafted songs. The pick of them, ‘Out of Dodge’ has a slight indie feel added to its country-rock base, producing a Cowboy Junkies, Mount Moriah type feel.

Other songs are rather less inspiring – ‘Somebody’ and ‘How to Treat a Woman’ for instance, skirt dangerously close to MOR mainstream country. The rest of the tracks adhere to well-used song structures, with an over reliance on slower, gentle balladry. It’s all a little too safe and any hope that the album is going to spring to life quickly evaporates. That’s not to say that ‘Moments in Between’ is a bad album. It just lacks a cutting edge, a risk taken, or a boundary pushed.

Despite being a pleasant enough listen, ultimately you get the feeling that the record is just another competent album, from a another competent band, the likes of which there are hundreds across North America. Moreover, there is little to set The Hollering Pines apart from that large pool of bands – but it’s a decent enough pool to swim in.