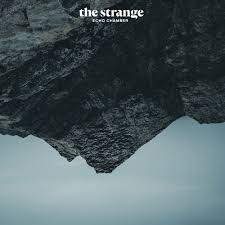 This album is described as “the long-awaited follow up to The Strange’s first album ‘Nights of Forgotten Films’ from 2004. Yes 2004. The band appears intent on outdoing ‘The Blue Nile’ and can only applaud the latter’s prodigious output of four albums since 1983, although nothing since 2004’s “High”. Obviously. However that said, this latest offering is a fantastic album.

Worth the wait. Quality over Quantity. For those among you not familiar with the band, and you can include this reviewer in that demographic, they are a collaboration of a Croatian group ‘The Bambi Molesters’ and American singer-songwriter Chris Eckman of Seattle band ‘The Walkabouts’. Although a native of Seattle Eckman has relocated to Ljubljana in Slovenia, perhaps to be geographically closer to the rest of the band, who currently reside in Zagreb in Croatia. The vocal style of Eckman compliments the instrumentation of the band perfectly, even with that style changing frequently.

There are hints of Chris Isaak and Leonard Cohen in the delivery, and the opening track ‘Lonesome Rider’ has the twangy guitar style of Chris Isaak at his best, blended to perfection with the horn section. Track two, from which the album takes its title, is much more up-tempo, again with prominent guitar, almost a raw sound, with the drums not far behind in prominence. This could be so easily a ‘new wave’ album, but is by no means old fashioned. ‘Dead End Shore’ slows it down and introduces strings to the mix before that great horn section kicks in again. The horn section is to the fore again on ‘Last Summer Song’ which also blends strings and guitar together with a strong vocal.

It would be easy to praise each individual track and ‘Killing Time’ would not be out of place on a Difford and Tilbrook or Costello album; the track has been described as “a lost country soul song from the late 60’s”  and the following ‘Dime a Dozen’ as ‘funk rock from the 70’s’. You can update that to Nataniel Rateliff and the Nightsweats, it is that good. Just to prove their versatility ‘Broken Town Blues’ is in the style of a late Leonard Cohen track and would not be out of place on “You Want it Darker”. Not quite spoken word but not far off.

‘Echo Chamber’ is not a political album as such but ‘Fast Train to Nowhere’ could be about the current political situation in the UK and Europe as Brexit seems to permeate everything these days. With lyrics like:

‘Come all aboard, this is the nowhere train. Come all aboard, got just ourselves to blame. A stoned conductor, a drunken fireman. They’ve taken us for fools, got no ticket in our hands, no place for you here, knew it from the start, this is the edge of nowhere and it’s tearing us apart.’

Make your own minds up.

The final track ‘Lights of Red Valley’ brings the tempo down again, as if drawing a line under their work. To conclude, a wonderful album.

An excellent, long awaited, follow up album by The Strange