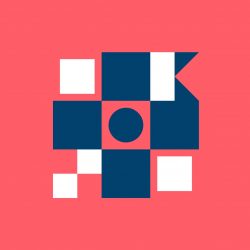 First off, it’s nice to have a vinyl release to review. Vinyl has a warmer sound and a better tonal range than CDs or downloads, so it’s nice to hear a band making the most of the format. It’s a good quality pressing too and on white vinyl – very stylish. Of course, it doesn’t matter how stylish or upmarket the format is – it’s the music that matters and Mancunian rockers, The Travelling Band, serve up an extremely good selection of music on this album.

The Travelling Band aren’t so much an Americana band as an Indie Rock band with Americana influences but there’s much here for fans of Americana to enjoy – great jangly guitars, crisp harmonies, there’s even some pedal steel guitar in there. And there’s some excellent writing – a set of songs that can be quite dark at time and hint at loves lost and difficult times navigated.

The album kicks off with the reflective Moments Like Switches that boasts more than a hint of another Manchester band – the mighty Elbow, but this takes nothing away from The Travelling Band’s originality; the reference is more in some of their arranging and the fact that you can hear the influence of Manchester very clearly in their music. At times you get a touch of 10cc in some of their lusher moments and some of their harmonies might call to mind The Hollies in their pomp (yes, they’re that good) but their overall sound is distinctly their own and this becomes apparent the more you listen to the album and start to hear The Travelling Band themselves and not the Manchester sound references.

In fact, it’s the influence of the time spent in East Nashville by lead singer, songwriter and producer Jo Dudderidge that seems to fire many of these songs and lend the album an air of Mancunian Americana. It was his time spent in East Nashville that inspired him to return to his native Manchester to create a similar kind of artists community as the one that exists in the Nashville suburb. Its clearly paid off since the core of the band are Dudderidge himself along with fellow writer and producer Adam Gorman and their drummer Nick Vaal (the drumming on this album really is excellent) but they’re ably supported by a number of other musicians who have clearly been drawn from the community that have sprung up around them.

There are plenty of good tracks on this album – Wasted Eyes a particularly good example of Vaal’s fine drumming, the Beatlesque Loser, the anthemic album closer Leftover Lines but the killer track (pun intended) is the fascinatingly titled Last Night I Dreamt (of Killing You), a song that shows of Dudderidge’s voice and the band at their very best – a jagged jangle of a song that’s far more uplifting than its title might suggest.

The Travelling Band have been around for some time now – they famously made national news some years back when their van and all their equipment was stolen in Manchester (it was subsequently recovered) – but this could be the album to take them to the next level. They’re touring the UK throughout November and, on the evidence of this album, could be well worth catching if they come your way.

Mancunian magic from a band hitting their peak.