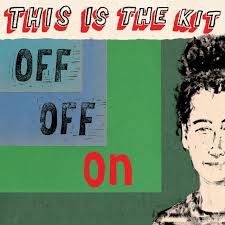 This is an extraordinary album of such charm, brio and musical dexterity that listening demands attention and admiration in equal measure and over time this combination distils nicely into deep affection, not only for the material but also for the performances within each track. Each song is one of Klondite Pete’s finest! (Golden Nuggets for those struggling with the analogy). The Kit’s fifth was rehearsed in deepest Wales and this isolation and exposure to the elements (along with a stint on tour with The National) has turbo-boosted Kate Stables’ songwriting allowing her to deliver a career-high. Recorded pre-Covid but still shot through with anxiety and a hint of panic there is real joy in the grooves and a sense of buoyancy to the production which is both esoteric and compelling.

‘Slider’ is a classic example of what’s going on here; with is delicious horns and loping beat recalling  Sufjan Stevens through its precision and effortless sway – the saxophone swoon is breathtaking.  And above it all sits Stables’ pure vocals – no histrionics but striking all the same.  The album was recorded at Real World in Wiltshire and this chimes with the sense of an expansion of TITK’s sound. The banjo is still central to much of the songwriting but the palette has increased along with the lyrical depth. ‘This Is What You Did’ is a panic attack of ‘night-time mind race and morning day dread’, ‘No Such Thing’ is a stream of consciousness examining ‘the electricity between people’. ‘Keep Going’ is one of the most beguiling and sensitive songs this reviewer has heard in a long while. A shimmering, rippling entreaty to do that very thing – keep going!

The positivity that Stables brings to the mood of the tracks is not to be underestimated and the dynamic within the songs is more often than not suffused with a subversive optimism. This is a complex, delightful and deeply satisfying album. If choosing a 2020 album to be locked down with you would have to go a long way to find a better companion. Go ..buy!