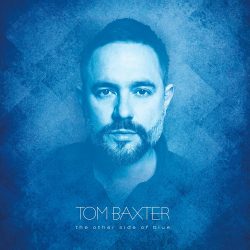 It’s a precariously thin line that the singer-songwriter has to tread. The stripped away, intimate, acoustic guitar (or piano) and voice combination is so omnipresent in folk cum Americana; there are precious few new tricks at their disposal. Much of what they’ve got to offer hangs on whether they’re sincere or not – do we believe them? Or is it just trite and predictable? Where does Tom Baxter lie within this?
Firstly, his lyrics are well crafted, if not entirely original or revelatory (which is a hard ask). Vocally there are hints of David Gray and Paul Simon in his timbre, which is certain to appeal to some. The record is sweetly produced, with the intimate ‘right next to you’ feel that is key to these types of records. As expected, the subject matter in these songs is principally concerned with loves (lost) and relationships. The opening, titular track is a piano ballad that develops into a big, big chorus as the ‘love’ is declared life extinct. ‘Black Are The Gypsy Horses’ is one of the stronger tracks on the record – sweetly sung and fingerpicked with a lyric reminiscent of Leonard Cohen’s in its eloquentness. Closing tracks ‘Where The Wild Rivers Flow’ is a little out of step with the preceding tracks – Baxter in a semi-spoken, more native English vocal tells of a mythical journey, perhaps of the mind, to find his own truth. Overall, however, the record sits within the crowd rather than standing out. However, if that’s what the listener requires, or if it’s where Tom Baxter wants to be, it’s a success.

Honest and heartfelt, though without really standing out from the singer-songwriter crowd