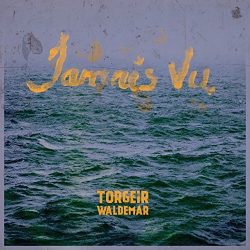 With the release of the cleverly titled mini album Jamais Vu, Norwegian singer/songwriter Torgeir Waldemar revisits some of the songs from his first two albums and skillfully manages to present a very different interpretation. So what exactly is Jamais vu some of the more inquisitive among you may be asking yourselves?  In essence it’s the opposite of Déjà vu.  If Déjà vu is the sensation that a place or event someone is currently experiencing has been experienced before – even when that cannot actually be the case,then  Jamais Vu presents the sensation of a well-known place or event that should be familiar but in fact feels strangely unfamiliar or even unrecognisable.

With that explanation as a backdrop, then  Jamais Vu starts to make sense.  Waldemar takes songs like Sylvia (Southern People), Among The Low and Summer In Toulouse from his well-received 2017 album No Offending Borders  and gives them a very different acoustic treatment.  Then in a bold move, he totally revamps Streets and Take Me Home from his self-titled debut album and presents them with a much more dense and dynamic electric arrangement.

For those familiar with the original material this presents a somewhat disconcerting listening experience and one which Waldemar deliberately set out to create.

“Songs never stand still, at least not for me. They want to go on. After some years of playing them live, many have moved far away from where their starting point was. That’s why I often experience Jamais Vu and that’s how this release was born.”

So what of the music?  Jamais Vu is an album that takes a little effort to get to know and to fully appreciate but if it doesn’t instantly grab you then bear with it and keep listening.  There’s some high-quality musicianship on display with a juxtaposition of styles from the somewhat bluegrass influenced feel on Among the Low to the heavy driven guitars on Streets.

If you are adventurous and want to get a little out of the mainstream then give this a listen.  It’s a grower.

An album that needs a few listens to appreciate fully.