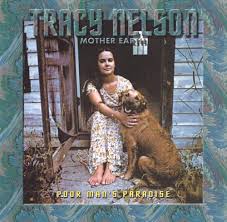 This is a re-release of an album which was originally lost in 1973 during one of the regular record business personnel purges that take place as companies buy others out and personal grudges muddy the waters of taste and musicianship. A definite life changing decision as this album possesses all the elements of a classic 70’s country blues and soul album of the type that Aretha excelled at and even Carole King dabbled in. A strong female voice, some great tunes, a stirring horn section and some very snappy arrangements. Somebody made a very poor decision back then.

So is it any good and does it sound dated? Yes and in some parts yes.
All of the songs are interpretations and some of the arrangements are the classic soft rock 70s trope that we are now almost tired of hearing as they have become cliched as time has gone on. This is particularly evident on ‘When I Need You Most of All’ which is sweet to the point of bland with its somewhat passe keyboard lead.

However these are minor niggles when stacked up against the overall class that oozes from the performances. Tracey Nelson clearly possessed(s) a great soul voice that certainly deserves more attention than it got at the time. Highlights ‘I Hate to Say Goodbye’ and ‘I Can’t Seem to Care’ really hit the spot. As a footnote, writer Jack Lee should be really in touch with Dennis Waterman’s people as ‘Going Back To Tennessee’ is a spit for ‘I Could Be So Good For You’ the old Minder theme and 1973 was a good few years before Terry and Arthur teamed up!

Recommended. File with Tedeschi Trucks band and Dusty in Memphis

A genuinely lost classic of its time